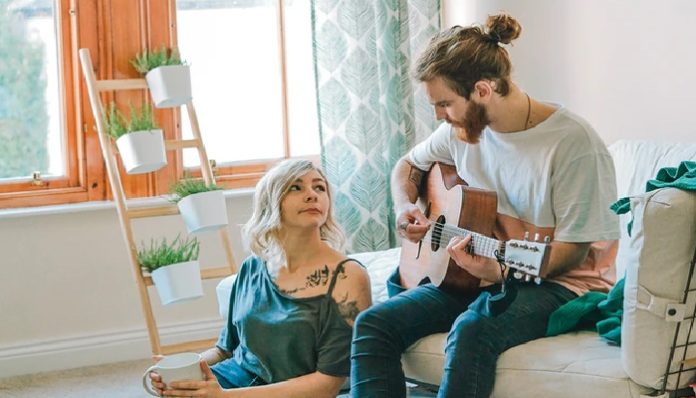 After most breakups, us woman eventually go through a time where we decide to get back into the dating game. When this happens, there are the stereotypical rebound guys that we will unfortunately come across and agree to grab coffee with. So, for all you woman battling your way through the dating life, here’s a list of some of the most cliché guys you should watch out for as you mend your broken heart.

We’ve all done it, and there’s no shame in admitting this. While you’re attempting to put back together a broken heart, it makes sense to run into the arms of someone who used to comfort you. However, going on the date with the ex-boyfriend is like using the same towel for two weeks straight. Yeah, you’re just using it to dry yourself off after you shower, but it’s still kinda gross. Laundry exists for a reason; and you should move onto a new towel and toss this old one in the hamper!

This is the guy that needs you to brush your teeth in the morning before he gives you a morning kiss. He complains about your roommates staying up until 1 AM laughing and keeping him awake before a “busy day at work tomorrow.” He may even wear expensive polos and tell you about the exciting golf game he just played, or the amazing horse race he went to the other day. Typically, this is the kind of pretentious jerk that sometimes makes comments about your weight or how those jeans are “a bit too tight.” You’re better off without him because you’re the only one in the relationship who deserves to wear a tiara.

The question I asked him twice a day, every day, for the 9 days I could stand talking to him. Nope, just nope. One day it’s up, the next day it’s down. One day he’s bringing you flowers and calling you his one and only; the next day you get snaps from his best friend of him doing body shots off a random girl at the bar. Like, why do you exist in my life man? Do yourself a favor and delete him from your life before you find yourself in need of a seatbelt while navigating the dating life.

He’s the reason you had to drag one of your girlfriends to a health-clinic after getting that weird rash in that “you-know-where” region. Sure, he’s great on a dull Thursday night when all your roommates leave. However, it’s much better opening a bottle of wine and watching Grey’s Anatomy than having to answer those awkward questions with a strange doctor who has extremely cold hands. The only good that comes from the “Strict Booty-Call” is that you’re finally allowing yourself to re-embrace your inner sexual goddess!

This is the guy who when you first met, you honestly had no idea how much he would wind up meaning to you. It takes you a full 3 months of not seeing him to realize how extremely perfect he is. At that point, he’s already posting photos in Cuba with his new long-legged girlfriend with perfectly straight hair. You beat yourself up at night wondering why you didn’t give him more of a chance when he was in your life. You’ll always regret letting this one go. However, he has taught you to appreciate those in your life, because you never know how long they will be there for.

He has an actual adult job and a car that isn’t a broken down Honda Civic. The rent for his “adult-esque” apartment is paid for without help from mommy and daddy and the furniture isn’t second hand. But the reason why things won’t work out with this man is because you’re still young. You deserve to have the opportunity to stay out until 3 AM with your friends. You shouldn’t have to feel like you need to report back to the Hubby for dinner every night. Sure, it’s nice to have your life together, but you’re too young to have your life set; and dating this man will force you to get all your plans carved into stone.

You will never be able to tie this man down. He’s a free spirit who actually had a hand in inspiring you to be a little less rigid yourself. He’s told you about some of his adventures that gave you major wanderlust; and he’s also given you some tips for how to do back-packing the right way. This guy is the reason why there’s the saying “Mr. Right, but just not right now.” He needs to take more time to find who he is before he’s going to be willing to commit to anything remotely long-term.

He’s the kind of guy whose hugs feel like being wrapped in a baggy flannel shirt. He knows all the fun spots to take you to and all the right jokes to say. He’s listened to you cry and picked you up from that sketchy bar when you were drunk. The only problem? He’s just not ready for a relationship. Just like you needed to take time to heal your wounds, he is also doing the same. But It’s okay having a date turn into a best friend; in fact this is exactly what you may need.

9. The Guy You Lowered Your Standards For

Remember that sleepover in high school where you and your girlfriends made a checklist of all the things you wanted in a husband? Well this guy is certainly not that checklist. He was a bad call on a low self-esteem night. Sure, he’s going to make some girl very happy one day, but that girl is not going to be you. It’s more than okay to have those standards you set out for yourself back in high school, and maybe it’s even time to add a couple of things to that list.

10. The Guy Who’s Waaaaay Out Of Your League

The model-esque type with the perfect hair and damn-ah-ah-amn worthy behind. You guys probably met at a dimly lit bar while your girlfriends were standing in the distance making that “Girl! He’s the one!” face. After a couple dates you begin to realize that he has an obscene amount of mirrors in his apartment, way too many trophies lining his walls, and no other skills except for flexing his biceps. But dating this guy is not without it’s perks. You now get to show his pictures to your friends at a party and say, “Yeah, I got with that”.

While at a party that your friend drags you to, she finally introduces you to her new man and his best friend. Little do you know, she plans on abandoning you and disappearing for the night with her man. So, little-ol single you starts to think, “Hey, maybe it’s fate that brought me and this guy together!” So you and him talk, and talk…and talk and after what seems like an eternity long conversation the illusion of fate begins to fade. You start to see that you’re clearly an 8, and he’s a 2. But hey, he knew all 7 erogenous zones that Monica mentions in Friends; and I guess that counts for something.

His apartment constantly smells like stale pizza, he probably has some non-mainstream animal like an iguana or rabbit. He constantly asks you if you wanna smoke with him, even though you’ve told him six times now that you don’t touch drugs. He may even call you by the wrong name and then insist that you said your name was Jessica when you met last week. Basically, this is the guy that you can officially call “the lowest of the low” and feel confident knowing that it can’t get any worse than this.

He takes you to expensive restaurants, buys you nice gifts and even tells his guy friends all about you. However, there’s just something off. He appears to have no attraction to you physically and you may even think that he’s merely just getting enjoyment out of having someone to spend money on. You’re not even sure if this would ever lead to something more than just some expensive steak dinners.

14. The Guy That Has Been Waiting For His Chance

This is the sweetheart that knew you from before your tragic single days. He would always ask you to hang out while you are with your boyfriend, but you never seemed to have the time. So here you are, finally giving him a chance. Prove to the world that nice guys don’t always finish last.

But when all this is said and done, the most important person to date after a relationship ends is yourself. This is the most healthy relationship you can get into after having your heart broken. I can’t empathize enough how important it is to make yourself your new partner. Treat yourself, dedicate time to yourself, take time to rebuild and put YOURSELF back together; because before you can truly be able to fully give time and love to another man, you need to have taken time to do you again.

4 Ways We Can Celebrate Pride Month Without A Parade