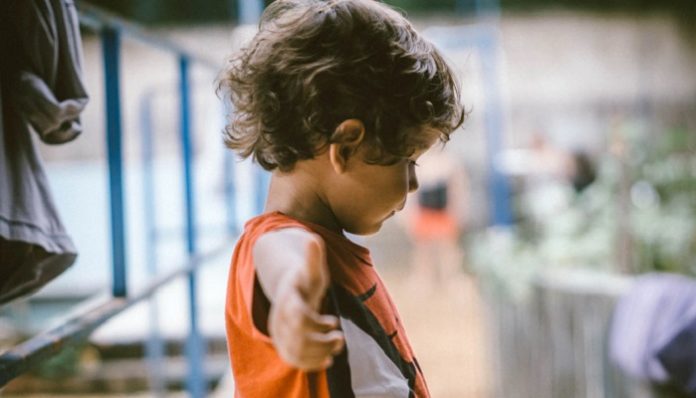 When I was in first grade, my best friend had the perfect hair.

I mean I was in love with her hair. It’s very possible that we were best friends simply for the fact that I loved her hair so much. I mean of course there were other reasons too, like she always had cookies in her lunch, oh, and she was in my class that helped too. You know when you’re in first grade, you are kinda only friends with the people in your class or in your neighborhood.

But back to the point, her hair. I loved her hair so much that I would talk about how much I loved her hair to anyone that would listen. I would obsess over how curly it was and talk all about how much I wished my hair was like hers. And I was a very shy kid so the fact that I would talk to anyone about my best friend was at some points very shocking. Plus a lot of other kids in school had similar hair but none of them mattered she was my best friend and she had the best hair.

So one day I told a teacher at our school, because she was one of the ones that would listen to a 1st grader rant, that my best friend had the best hair in the whole universe and she just looked at me so confused. She told me that I shouldn’t love her hair because mine was so pretty.

People have told me my whole life that I have such gorgeous hair. They gush over the Auburn coloring and comment things like you can’t get that color from a bottle. They compliment how perfectly straight it is and are awe struck when I tell them it’s all natural. Then they tell me things like “you are just so blessed” or command that I never color it. So I thought I knew what this teacher was telling me. I should be happy and grateful for my hair because it’s mine and everyone tells me it’s just so pretty. I should be grateful for what I have and not want things I knew I could never have. That was what she was saying right?

Now that I’m older looking back, I’m not sure her statement or lesson was as innocent as I took it. I think now that maybe behind her smile there was a hint of racism.

You see my first grade best friend was black. Well, technically mixed if I remember correctly, but she had curly, frizzy, gorgeous brown hair and my teacher told me mine was better. I told her I loved my best friend’s hair and she told me no you don’t, you love your hair. She told me my straight auburn white girl hair is much better. She was telling me so many other things than just that my hair was pretty too. This was in first grade. I didn’t even realize my best friend wasn’t the same race as me until I moved states and a little white girl on the school bus told me.

If she could tell me how much better my hair was, what was that saying to my best friend? That hers wasn’t worth someone loving? That she had the “wrong” kind?  If in first grade someone told me that I was better, than that means they were telling my best friend that she was worse. That she wasn’t the winner of the genes lottery and it was just too bad so sad that her hair wasn’t pretty because it wasn’t rare enough or straight enough or european enough.

I’m not telling this story to show you that this random teacher I had in first grade has a little bias. I’m not telling this story because I just really wanted to talk about this girl’s hair. I’m sharing it because there seems to be a structural systemic issue with how people are raised to see other people. If people can underhandedly tell a first grader that one kind of hair is better than the other then what’s going to stop a kid from growing up and thinking that one kind of person is better than the other? Where does it stop?

The answer is: it doesn’t. And as kids grow up hearing these kinds of things over and over again and are put in situations that highlight how our way of living implies that someone is on the bottom and someone is on the top, they grow up to think that way. They grow up thinking that one is higher up than the other. That one is better than the other. It’s what they know and they take it as the truth.

White little girls have better hair than the black little girls so you should be grateful you have white girl hair. You should be grateful that you were born white and you shouldn’t have any kind of desire or liking anything that is not stereotypically considered a white feature. And under no circumstances should you ever say that your black best friend has better hair than you even if from your point of view it is the truth.