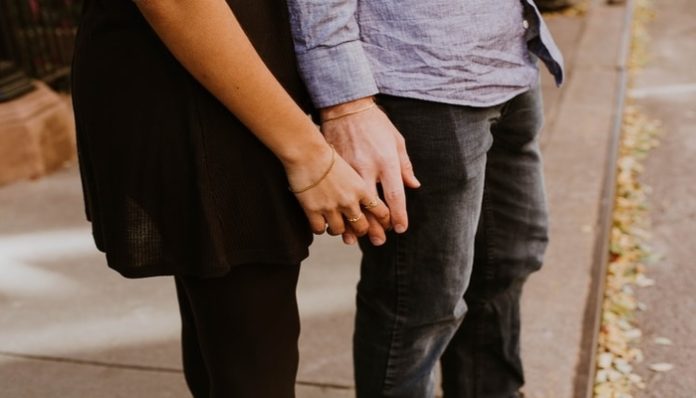 Relationships have existed since cavemen used their clubs to knock women out, drag them to a cave, and claim, “You mine!” Thankfully, so much has changed since then. Yet for some reason, we still let men hold all the power in relationships, just like we did in prehistoric times. We know we shouldn’t give all our power to a guy, but there are plenty of toxic guys out there who aren’t worth our time.

Why would you let a guy call all the shots? Maybe you allow it because you really love him. Maybe you lack the confidence that you need to take charge. Or maybe you just think that there’s no one better out there.

Regardless, spending all of your energy on the wrong guy ends up wasting precious time that you could spend on literally anyone else. Sometimes we become so wrapped up in our feelings that we don’t even realize that our love is unrequited.

1. You’re the one putting all the effort into communicating.

In a balanced, healthy relationship, both partners will make an effort to keep the lines of communication open. It’s be glaringly obvious if you’re the one always initiating conversations, especially if you scroll through your messages.

An easy how to tell if a guy doesn’t like you trick is take a step back for a few days and see what happens. This is your opportunity to find clarity. Does your phone stay silent? If so, he’s not worth your time because he’s not making any effort to communicate with you.

2. You don’t meet important people in his life.

You’ve been dating for a while, but your outings are always just you and your partner, or on occasion, some of your friends. You have never met his friends or family, and he blows off any conversation about them. If your significant other engages in this behavior, watch out, because he may be pocketing you. If you’re being pocketed, get out of the relationship now. Don’t let a guy string you along and then crush you. Men like that are not worth crying over.

You want to shout your love to the world, but your guy wants to keep things low-key. You have all your dates in relatively obscure places where no one will see you. Even if he claims that he wants to keep you to himself or save money, these secret rendezvous may be a warning sign that he’s hiding you away. If you feel suspicious that he’s hiding something by hiding you, don’t give into his requests for secret dates. You deserve better!

When you’re interested in someone, you typically enjoy learning all about them. However, if you’re all of your conversations with your partner feel like a one-sided interview because they don’t bother asking you anything, then they’re probably not worth your energy in the long term.

5. You’re not his priority.

Maybe you’re dying to see a new movie, but he won’t give you a clear “yes” when you ask him to go. Or perhaps he often bails on you at the last minute and gives you a bunch of lame excuses. Maybe you’re the only one who ever initiates plans because he can’t be bothered to spend time with you. If you don’t feel like his priority now, chances are that you never will.

6. He avoids talking about your relationship’s future.

You don’t have to leave bridal magazines lying around your living room to find out your partner’s stance on marriage. But if you’ve invested a good chunk of time into your relationship with someone, you should have a deep discussion about he sees himself in the future and if that future includes you. If he avoids your efforts to casually discuss long-term goals and aspirations, chances are good that he doesn’t see you as a permanent fixture in his life. If that’s the case, get out before you invest any more of your time in him.

Are you fishing where the bottom-feeders hide or where you find the real catches? If your man is flashing neon warning signs and you are ignoring them, your relationship is not going to end well, so don’t be afraid to get out now. You don’t need to club a man over the head to get him to love you. You’re worth so much more than a man who won’t invest his time in you, so if he’s not worth your time, spend it on you and your friends instead.