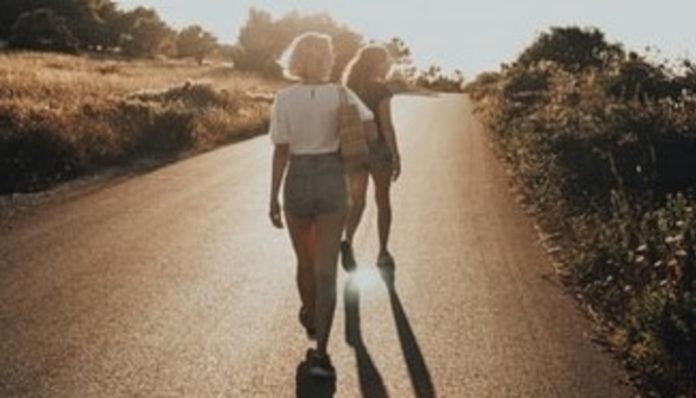 After I had a child, I often developed relationships with my friends’ mothers rather than with my peers. When I went back to college in my late twenties, however, I developed friendships with peers in similar circumstances. My relationships, both platonic and romantic, have changed significantly, and some have ended. A few of those times, I’ve had to “break up” with a friend, and ending those friendships hurt the most.

In my late twenties, I developed an online friendship with another mom. We were the very best of friends. I defended her through her struggles and celebrated her victories with her. However, I began to notice that many of her struggles weren’t ordinary issues; they were the result of terrible life choices.

I decided to speak with her about my feelings towards our friendship. I told her that I loved her, but I couldn’t support her life choices anymore. Then, I did the “mature” thing. I ghosted my friend. It didn’t end well, to say the very least.

Now, I take responsibility for ending that friendship. In hindsight, I could have shown significantly more compassion and respect for my friend. But when you’re so angry with your friend, how do you “break up” with them? Here are six signs that you should end your friendship for good:

1. You disagree all the time.

It’s normal to occasionally have disagreements with your friend. But if you seem to always fight with your friend, it might be time to peacefully take some space from them.

It’s hard to admit that a friendship is toxic, but try to drown out the good memories and sit with your emotions instead. Does this person leave you with a feeling of toxicity? If so, it’s time to let go.

3. Your friendship is one-sided.

Does your friend invest as much time and energy into the friendship as you do? If they don’t, then it’s not a friendship that’s worth keeping.

4. Your “friend” disappears when you’re struggling.

5. Your values no longer align.

We live in a political time, and it’s easy for friendships to end because of diverging views. If your friend doesn’t support issues that you’re passionate about, you may want to consider whether or not your friendship is worth saving.

If you have dealbreakers in your friendship that your friend can’t respect, it might be time to say goodbye. Your dealbreakers may include passive racism or homophobia, drug use, or “emotional vampirism.” Some people might be open to changing their behavior, but if they aren’t, do you really need that friend in your life right now?

All of us have drifted apart from friends because of distance, time, or lack of interest, but breaking off a friendship is one of the hardest things to do. If you’re considering “breaking up” with a friend, write them a letter, call them, or meet up with them to tell them why you want to go your separate ways. Stay civil, and be sure not to say anything hurtful that could end your friendship on bad terms. If you decide to “break up” with your friend, taking these simple steps will leave you far more satisfied with the end of your friendship.