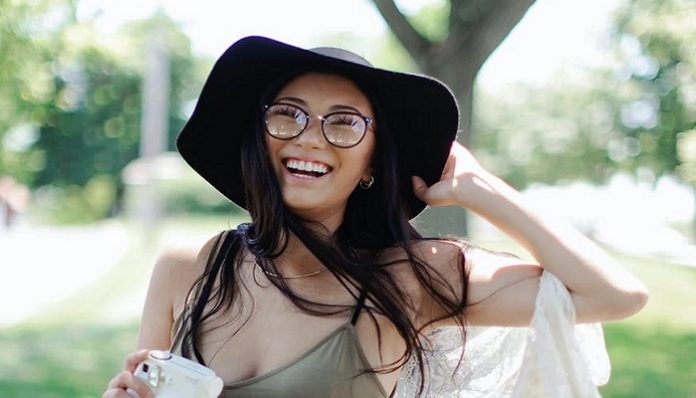 I’ve recently turned 20 years old, and my life is exactly how I pictured it would be. I attend a respected university away from home, and I’ve even been able to keep in contact with my friends and family back home. My parents are my #lifegoals and my boyfriend is everything I could have ever ask for. He and I have been together for 4 years and I can easily say, that no one has ever made me happier than he has. Granted, we are high school sweethearts, so I don’t know much else besides him. Yet, he makes me feel something that I’ve never felt before.

Like all other couples, we have our lows; fighting over him working to much, fighting over not being able to communicate, fighting over me being too busy and/or controlling…but that’s completely normal. Don’t all couples fight? The lows are supposed to be worth it in the end for the highs. Our highs consist of fitting perfectly into each other’s families, bonding over our love for hockey that he brought out of me and even just going to our favourite little restaurants together. I can just tell that he and I will be together forever. This summer we are signing the lease for our new apartment and I’m not supposed to know this yet, but I swear I found an engagement ring in his desk drawer last time I went home.

Now doesn’t all that sounds so perfect? So tied together with a bow and make you wanna hurl? I can just picture so many of you reading this, then reading the title and wondering how in God’s name these two things are at all attached. Well, the description above is how I would be living my life if my boyfriend didn’t break our relationship off over a year ago. He and I were not without our problems, especially at the end when we began to realize that living 8 hours apart was no longer going to work for us. The awkward phone calls where both of us really didn’t want to say what we were thinking, his assumptions around my cheating on him, my gut feeling that he was falling in love with someone else. It was clear that he and I just weren’t working. So when the late phone call came and he finally ended things,

I had no idea what I was going to do.

How does one even “single”? I was completely lost without him, and I believe the root to that stems from the fact that he and I met at a young age. I was only 15 years old when I met him, and at 16 he and I started dating. I was with him throughout what could be argued to be my entire adolescence, a time where I should have been working on who I really am. But instead of finding my own identity, I became consumed with being a girlfriend. It was my number one priority over everything else. It was how people knew me, and it was ultimately how I knew myself. So at the age of 19 when he left my life, It had felt like I lost my identity. I remember hanging up the phone call after he said it was over and my first thought was “What am I now”. I essentially made this other human my everything, and now it has walked out of my life? What’s a girl to do when she comes out of a long term relationship; how was I supposed to deal? Sure, I had my girlfriends and roommates to support me, but they don’t understand. None of them had ever had a relationship long than a few months. I began to isolate myself, and try to dive into my studies as much as possible. Create as much of a distraction as I could, but I eventually learnt that there’s only so many hours I can spend alone at a library being a hermit. I tried out different identities of who I was, but nothing seemed to fit. I would go on dates (one-night stands) with different men (tinder boys), but none of these guys seemed to stick around. This was when I started to hear my least favourite line of all time

“You should stop looking. If you don’t look for a relationship it’ll come naturally”

I’m sorry, but how do you expect me to stop looking for the only thing that I know to be concrete about who I am? Months would go by and nothing seemed to be looking up. My ex-boyfrined started seeing someone new, broke up with her, then started seeing someone else. My friends from back home no longer wanted to associate with me, because even they didn’t recognize who I was anymore. And then came Thanksgiving.

Family holidays were always a huge part of my relationship with him. We would have lunch with his family, and then dinner with mine on all the major holidays. Our families already got in the habit of calling us the next to be married. So when I went to my family dinner alone on thanksgiving, it was all hushed whispers and awkward stares. I eventually had to leave halfway through dessert and walk back home from my Aunt’s. I couldn’t even be with family without being with him.

This was when I knew I had to start making changes in my life. My identity was an empty canvas that needed to be filled. I decided to get off of tinder, become less obsessed with my studies and actually explore what makes me happy. I was essentially trying to go through the identity finding process that I should have gone through in my adolescence. This “working on me” became almost a year-long process. I replaced my need to be a good girlfriend with my need to be true to who I am. This process involved cutting out toxic relationships, picking up a hobby for the first time in my life, and most impotently; writing. I began to write about my entire process in hopes that it would have a therapeutic effect, and I was amazed by how much support I got from those following my journey.

I “singled” by learning to appreciate what it means to be given the opportunity to rebuild myself, and I’m thankful for it.

5 Home Essentials You Should Always Splurge On