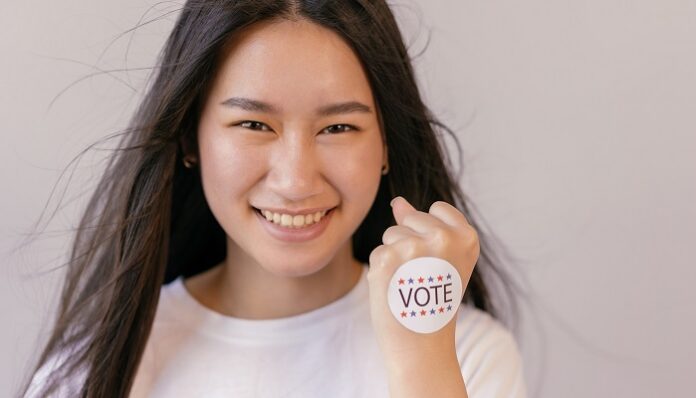 When the 2020 voting period approached, I was talking with a friend about it. I told my friend that I had never voted before. Suddenly, the charity work I had done and everything good I have done in my life meant nothing to them. Simply because I had never voted..

The conversation got rather heated at one point, and they told me “you are one of the millions who didn’t vote, which is why Donald Trump is in office.” In that instant, I felt judged, like I was wrong for not using my right to vote. This same person helped me fill out my application for my absentee ballot.

After filling it out, I expressed my excitement about doing this for the first time. This person said, “I am happy and proud of you.” I asked them if they still viewed me as one of those people. She said “I think you are a better American now,” and that was the end of that conversation.

After that, I felt like this friend saw me differently for not voting.

I never wanted to tell people that I chose not to vote. My fear was getting the exact reaction and judgment that my friend had given me. I felt my character was in question, and that my beliefs must be a certain way just because I never voted.

Let me tell you first and foremost, I am not a bad person. I do not take for granted knowing that people fought for my right to vote. I recognized this after not doing it for years, I was privileged. But that is no excuse to have a fear of being viewed differently for something I chose not to participate in, like so many others. Possibly because they didn’t have access to vote or even realize they could vote  by mail, like I did.

People with disabilities like myself can vote by mail and still participate in the voting process. They don’t have to go to the polls, whether it’s an accessibility issue or just by choice. They can choose to vote by mail as an absentee voter and still have their voice heard. Since 2020, I have become very proactive in voting and ensuring my voice is not silent. So now I vote on every level, no matter what level of government it is. The polls cover so many topics, most of which I care about. If I don’t vote, my voice isn’t heard on the issues that matter to me or my community.

As a society, people will continue to judge and make assumptions about people and their decisions.

Just because you don’t believe it’s the right decision or because it doesn’t line up with your values doesn’t mean it’s the wrong choice. It doesn’t matter if it’s political or putting pineapple on pizza. We as a society are quick to judge and make assumptions about a person just because we know one thing about them.. We are all guilty of it. Including  me. We don’t want to admit it because we know we are wrong and don’t want to acknowledge it.

Let me be the first to say I was wrong, and I recognize that. I am trying to do more and be more involved in this political climate. I think if more people did that, we would be more willing to have the necessary conversations about voting and how important it is to our society.

People should not be so quick to judge someone for not voting, whether from lack of access to voting due to a disability, where they are located, or lack of education about this system. Whatever it may be, don’t judge. Instead, try to understand. Listen to their perspective, and educate them. If we did more of that instead of belittling someone for not voting, perhaps more people would participate in this process.

If you are voting for the first time in the upcoming midterm elections on November 8th, 2022, please know that no matter your age, political party, or your reasoning for this being your first time voting, you are not  a bad person for this choice. I will be so excited and proud of you that you finally feel comfortable enough to cast your vote.

15 Signs That You’re Trying Too Hard To Be Liked By...

Why You Should Spend Time With Your Loved Ones This National...