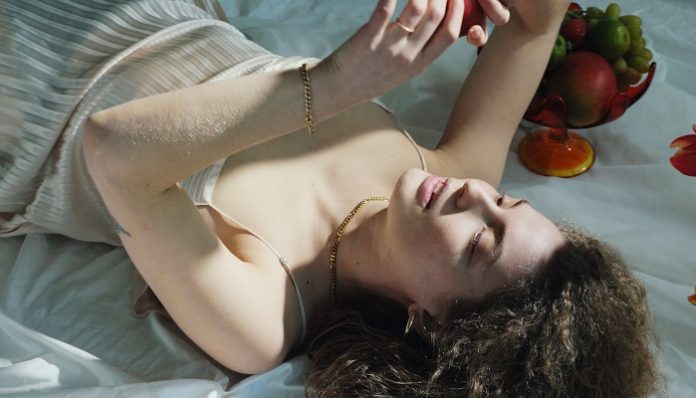 “She’s still with that guy?…but he is such a jerk.” We all have that one friend. The friend that will not breakup with her loser boyfriend. He treats her like crap, he cheats on her, but our friend remains loyal. We secretly all judge her, roll our eyes, and tell ourselves we would never put up with a guy who treats us that way. Believe me, I have always been that judging friend. I have been the woman who doesn’t take shit from nobody. I am a very understanding person, but I simply could not understand why women let themselves be toyed with by boys. Until one day it happened to me, I met a boy, I fell in love, and he ended up not being very nice to me. For all those women who say it will never happened to them. I wanted to share my story, to give you some insight, so that maybe you can understand how it happens without you even knowing.
For me, it was love at first sight. I saw him, and I was head over heels. He was on my brother’s football team. We talked the whole night about everything, movies, school, sports, and our favorite NFL team, the niners. Before the night had ended, we even kissed. He drove me home the next morning, and well, the rest is history.
It was the best relationship I have ever been in. He was kind and caring, a great listener and always tried to help me out by being my personal problem solver. If I ever needed someone to talk to, there he was by my side. I felt taken care of, I felt loved. For the first time in my life, I told someone I loved them and I meant it.
For the first few months of our relationship, everything was good and I had no complaints. I remember having to pinch myself and not believing it was real. I was never mad at him and we never got into fights like I had heard my friends rant about in their relationships. We would explore as much as possible, but didn’t mind just hanging out and talking here and there. It was perfect, and there was no doubt that I was in love.
But, when I graduated things started to change. I came home to Portland and he started acting and treating me differently. He was pushing me away, and becoming more distant. At first I couldn’t believe it, and I made excuses. I told myself it was not a big deal until he stopped putting any effort into our relationship. He would still call me during the day which I loved, but there was no more romance, and no more spark. All he wanted to do was stay on the couch and watch Netflix, or play video games. Our once fun-filled Saturdays became I’m going to sit on the couch, eat and watch football all day.
So why did I keep putting in effort when it was so obvious he did not care? I think it was simply because I loved him. I loved him so much I could still see the old him deep down. I knew, well, I hoped that somewhere he was there. Hoping one day he would be present again. Because what was my alternative? I wasn’t independent anymore, and the strong person I used to be was hidden somewhere I couldn’t find her anymore.
For him, he knew it was expiration dating. He knew that I would be leaving soon for Austin. New Year’s Eve we got into a big fight. I woke up to find texts from another girl on his phone. As it turns out, he had been texting another girl our entire relationship. He had been cheating on me. He swore to me it never got physical, but I had proof otherwise. But I stayed. I stayed with his flaws, every last one of them. I told myself he was telling the truth. He was my drug, and like all addictions the instant satisfaction slowly killed me in the end.
I wish I could tell you I told him off, that I told him to stay away from me. But, I wasn’t that strong girl I thought I was. I caved, and I stayed in his life even after the emotional strings were severed. We even remained good friends for six months after we broke up. We talked almost every day. Looking back, I have to say I don’t really regret it.
I don’t regret it because he, for the first time in my life, helped me feel loved. He helped me to move to Austin. He helped me find the car that drove 2,500 miles to get there.  When everyone doubted me, he was encouraging me. He was the one who would not let me give up on my dreams, even if it seemed he had given up on me. He was my best friend. I still love him, and for all of this, I always will.
When we are younger we view the world in black and white. I use to say if a guy ever cheats on me, I’m outta there! I would leave him. But if I had, I would have missed out on so much. I would have missed my best friend, my number one fan, and even my cute new Toyota Corolla.
I am not advocating staying with a cheater. I am not saying you should continue to date a guy who doesn’t treat you well. I hope you leave. I hope you know your worth and value and do not let a silly boy change what you believe about yourself. I just hope you can see how leaving isn’t always simple, and there are many factors involved. Instead of judging someone who stays with a guy, now you have a deeper understanding of why.
Featured image via Jill Burrow on Pexels