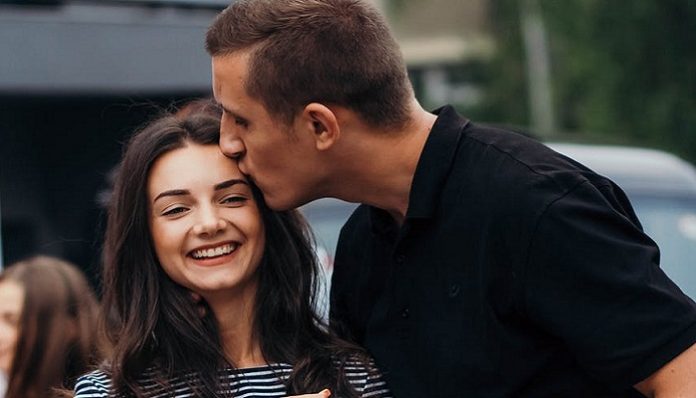 A sad thing about modern society is that gentlemen are few and far between. When a woman meets a gentleman, it’s a surprise at this rate. A big one. So big that it is immediately questioned what his intentions are, or if it’s all just one giant scheme. Granted today’s hookup culture and avoidance of serious relationships by both genders probably plays a part in this, it still isn’t okay.

When I met my current boyfriend I was immediately freaking out to my best gal pals because I didn’t know what to do or how to act seeing that he was just nice. The first time he told me I was beautiful I. freaked. out. What do I say? How do I respond? What does this mean? That shouldn’t have been my reaction, but it was because of how uncommon this is in our dateless culture. Before we started dating, I freaked out in my friends room because I didn’t know how to handle this. I vividly remember them saying “You got one of the rare ones. He’s nice, he’s a gentleman, that’s what this is. He’s not an *sshole like most. They don’t come around often, but he’s one of them.” Things shouldn’t be this way. I’m all for equality and equal standards but girls shouldn’t be treated like sh*t in order to have someone around.

News flash, you don’t have to be treated like that. Gentleman do exist, I promise, I’ve got one of them.

He drives to pick me up instead of me walking from my dorm to his house.

He asks how my day was.

If I walk back and don’t text him that I’m home within a reasonable time frame I get a text or a call from him making sure I made it back okay.

He opens doors for me.

He asked to put a title on our relationship because it mattered to him.

He’s excited to meet my family.

He compliments me regularly and makes sure I believe it when he tells me I’m beautiful.

He says things just to make me smile and laugh.

And yes, much to my dismay, he pays for just about everything.

THAT my friends, is how you know you’ve landed a gentleman.

It is downright depressing to me that not all girls have a guy like that and they lower their standards in order to get attention from someone. What happened to the gentlemen of the world? Where did they go? It used to be ingrained into men’s heads as they were growing up how you treat a lady. With respect. It shouldn’t be a surprise to women when a man walks ahead to open a door, or when she is complimented. Not because a guy is trying to get her in bed but because he truly wants her to know that. Compliments shouldn’t be used as a means to scheme a girl, they should be said just because. Girls shouldn’t be left to question the intent.

So ladies, stop what you’re doing right now and don’t fall for that bad boy, don’t go home with anyone that tells you you look hot. Be mindful of what you deserve, and it’s a hell of a lot, I promise.

You deserve the world and don’t fall for anyone that isn’t willing to give you that. Gentlemen exist still, they aren’t that common, but you really can find one. And maybe, just maybe, if we stop giving in to the bad boy heart breakers they will adapt and change. We can put the emphasis back on men being gentlemen and then raise our future sons to do the same. Because let’s think about it, would these men down the line want their daughters to get treated like this? Probably not. This shouldn’t be something that comes as a surprise. It should be expected and almost demanded. You deserve that. You deserve better. And as my mother always said, “show respect but demand the exact same in return.“

The Day I Finally Forgot To Miss You

An A To Z List Of Tasty Breads From Around The...