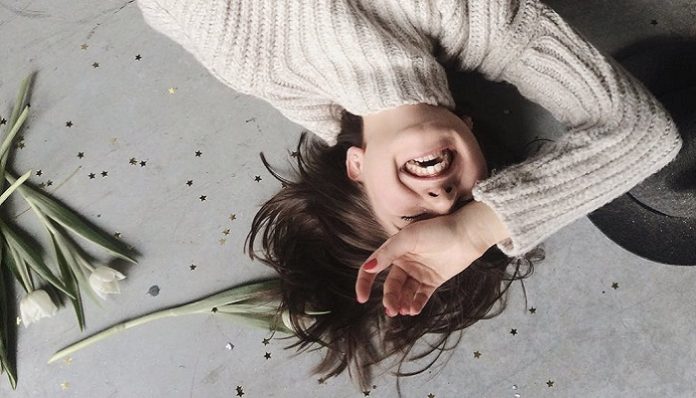 I remember sitting by the kitchen table when I first realized that my relationship was over. Like actually over and everything from that moment forward was going to be different. I was, ironically, surrounded by the people I love when I had received, over text message, the status of my relationship. I blinked a couple of times, opened my mouth, and could only say, “I think we’re seriously over.”

My family didn’t really know what to say…after all I had a four, nearly five, month long trip to Europe all planned out and my 21st was only a few days away. At the time, there was a tiny piece of paper on my dresser that could get me on a train to Spain, Italy, and the Netherlands. I had a list that I had written by hand the top 27 coffee spots in Europe. If anything, they were excited that I was taking on a different continent with no strings attached.

The world would be my oyster and I was free to do anything I wanted.

I pretended to be handling it much better than I really was. Whenever I was asked about it, I made it seem like shit happens and I was going to celebrate my 21st as a proud, single lady and take on Europe as the boss bitch I truly was. Honestly, that couldn’t have felt any further from the truth. I felt like I was crumbling inwards and the more that I pushed out this confident, world traveler alter ego, the more I felt like everything I really knew was dissipating around me. Needless to say, when I stepped through airport security with my ridiculously overweight carry on bag, I felt like the last string tethering me to home had snapped in my chest and I was left unable to pinpoint my feelings about it.

Trains are a form of transportation I have grown to become incredibly grateful for. I had plenty of time to sit and stare at the fast moving European landscape, sans wifi or cell service, and think things over. Think about how I was feeling, think about being homesick, think about the last time I had taken an acceptable shower. The longer I was in Europe, the farther the feelings in my heart felt. It was almost as if the farther the trains took me, the farther I was from my problems.

As I danced my way through different countries, I realized I was just one person in the entire world. Everything I knew to be true felt so small when I met other travelers with other stories and we all realized we were in this crazy adventure together.

My relationship felt so insignificant because for the first time in my life, I was seeing the world.

I was taught how to make sushi from a Chinese guy. A Spanish chick invited me into her kitchen and made me a homemade pasta recipe. I danced the night away in an overpriced bar with a Persian. I learned how to make fun of myself and pour sangria the right way from a bartender in Normandy. A Dutch family welcomed me into their home for a week and gave me a traditional Dutch experience. I can honestly say I have matching tattoos with three guys from France. I drank cocktails with a guy from my hometown in Paris. I think I did just fine solo in Europe and I wonder why I ever worried.

As I sit at my desk and look out my window at France in fall, I’m thankful I had this experience on with no strings attached. Nothing kept me from diving headfirst and taking in what it’s like to live abroad. I’ve changed completely.

The woman I’ve become doesn’t let anyone hold her back.

7 Simple Ways To Become More Involved In Your Community