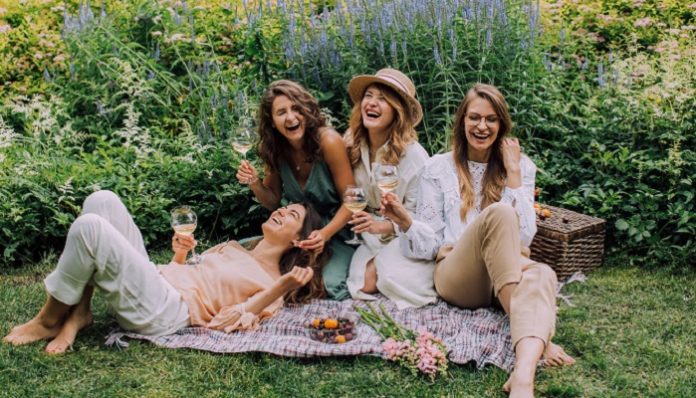 For the record – I am currently single, and have been for a while. I have had my fair share of relationships though, and have seen how intense some relationships can get in a short amount of time. I have been the friend who has been left behind for a boyfriend, and I’ve also been the girl whose been so invested in a boy that I have forgotten about my girls. I am forever thankful for my girls for not giving up on me, and picking up the pieces once my last relationship ended.

I was once invested into a boy who I gave my all to, and no matter what anyone said – I thought he was perfection. I hung onto every word that he spoke, and always put him first. I would cancel on plans with my friends if he called and wanted to hang out. I was that girl, the one that you all hate. Months later, after we both chose to end things, I realized just how wrong I was. I risked my closest friendships to please him, and even though my girls forgave me, it wasn’t okay.

Fast forward a few years later when my best friend was in a relationship with a guy that I didn’t care for. The two of us barely fight but during that relationship, we fought constantly; for a few years, the friendship had even ended. At this stage, I now knew what it felt like to be the one to give constant advice to deaf ears, to be constantly ditched and forgotten about, and ignored by someone who forgot about all her friends after she got a boyfriend. While my best friend and I can now laugh about her previous relationship, it definitely took a while for the two of us to get back to the way things were before her relationship.

While there are millions of reasons why you should choose your girls over any current boyfriend, the following reasons are the most important:

Being on both sides of the spectrum has affected how I handle relationships and was a big eye-opener in the type of girl I was, and the type of girls I want to be friends with. I would not be able to survive life without my girlfriends; they are the ones who reassure me when I want to do something crazy and support me in all my endeavors. Through all of life’s changes – from silly moments to serious matters, my girls have been the constant factor in my life. I refuse to risk a sisterhood for a relationship that may not last. Everyone needs balance in life, and it’s up to you to make sure that you make time for your boyfriend and your friends. Also, I hope that my future boyfriend realizes that if he does not accept my girls, there will not be a long future in the relationship. I’m sure (at least, I hope) that he would expect the same of his friends and me.

As cliché as it sounds, the saying “boys will come and go but friends will stay forever” is true. I have a small circle of friends and a big group of acquaintances. The people who I do call my close friends are family, and they will always be number one. Relationships end all the time, but true friendship remains until the test of time.

The Biggest Thing All Songwriters Struggle With