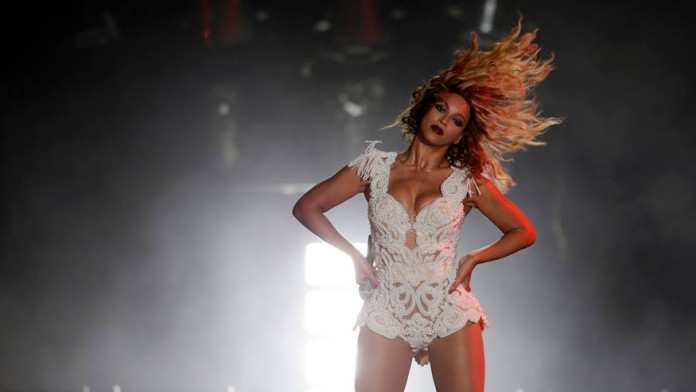 Beyoncé and Oprah, along with some of the world’s most powerful women, are backing a campaign banning the word “bossy.” The #BanBossy campaign is backed by Lean In as well as Girls Scouts and has been created to encourage girls to take the lead. If a woman is a leader; she risks being branded “bossy,” but if a man did the same he’d be showing good leadership or he’s simply being “the boss.” When a boy is called a leader, it connotes power, success and achievement. But when a girl is labelled “bossy?” It holds only negative connotations, making you assume stroppy, spoiled brat. Well guess what, we’re much more than just bossy.

In a society where equality is on the rise for women all around the world, the women with vision have been born and are finally being recognized. These women know what they want, when they want it and won’t stop until they have it. So why aren’t we celebrating this independence and strength of character that we didn’t see in women in our parents’ generation? It’s about time we were.

From the age of about five, I have been bossy. It’s a trait I’ve cursed myself for, taunted by “friends” who would moan about my incessant need to boss everyone around, I’d wonder why I couldn’t just sit back and not care like every other kid in the classroom. I’d play schools with my sister and boss her around like she wasn’t three years my elder, I’d get stroppy with my parents if I wasn’t getting my own way and I’d struggle when my teachers told me what to do.

I’d be lying if I said it was a habit I’ve got rid of… I’ve just grown up, matured and realized its leadership, not bossiness. In fact, I’m not even going to entertain the idea that it is a “habit,” because it’s not, it’s a trait, that I, like millions of other little girls was born with, and have nurtured like all of the other branches of my personality.

My bossiness doesn’t stop me from being a team player or mean that I lack the social skills to sit back and let others lead the way. I won’t, however, accept from anybody that somehow women are not as well equipped to be leaders – particularly not from the feeble men that feign the poor excuse that some women are in fact too “bossy,” when it is damn clear that they are threatened by their ambitious attitude and work ethic.

As someone who knows exactly what I want 99% of the time, I’ve been labelled “intimidating” amongst other cold-hearted words said out of bitterness and jealousy, not just by men but women as well. I’VE been labelled “intimidating,” not the girl in the club who, if looks could kill, would have you dead on the floor because you’re wearing the same dress as her, just me… who has done nothing but be passionate and hardworking.

I don’t have a hateful bone in my body (OK, maybe deep down somewhere but really who doesn’t) but for some people who lack vision, determination and ambition; all they can do is try and bring you down. If it’s not high-school, it’s college and if it’s not college, it’s office life. Like the man in the boardroom who is interviewing for a six figure salary job, and because that candidate happens to be more qualified than him and a woman, he’ll have found five things wrong with her before she’s even stepped foot in the office.

Women who are bossy strive to achieve, they strive for success and like me, struggle to delegate to other people for fear they won’t get the job done. But, you see, it’s all about learning, learning to trust in other peoples’ abilities, not just your own. Similarly, it’s time the men in the world (not all, but most) learned to trust that sometimes a so-called “bossy” woman, is simply showing leadership skills too.

I’ve come to realize, that I’m not bossy, I’m determined. I’m in charge of my life and where it goes, my choices and my mistakes and most importantly my happiness. Other girls should be too, which is why I strongly disagree that young girls should be punished for being bossy, when they’re simply exploring and experimenting with a little thing called initiative.

Those who initiated discussions surrounding the word “bossy,” which sparked the #BanBossy campaign by Queen Bey and co, are most likely middle aged men, who are desperately clasping at the patriarchal values they had instilled in them by their sexist forefathers. Unsatisfied with their own lives, they aim to bring the independent, hard working and successful women down. Why? Because they probably know that lots of women could do their jobs better than them – and that’s a threat.

So stand up ladies, be bossy, be the boss and lead the crowd. Never be marginalized, never accept inequality and most importantly, never let a man undermine your leadership skills. Because, at the end of the day, in the words of Beyoncé herself… who run the world? Girls.