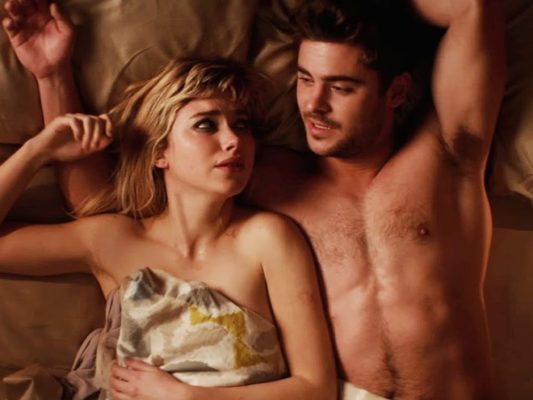 A few months ago, I was eating dinner with my parents and a bunch of other people when I was asked the dreaded question: “Do you have a boyfriend, Sara?”

I, hating that question as much as the next gal, meekly replied, “Nah, still single.”

My best friend’s a real gem for saying that, because even though it’s totally true that I’m pretty shy, that’s not my only problem when it comes to dating; I also happen to qualify as one of the most awkward human beings on earth. Fortunately, after chatting with a bunch of gal pals, I’ve come to learn that I’m not the only person who has super uncomfortable encounters with guys. I’ve collected some painful, excruciating stories so you don’t have to feel alone if you’re a little awko taco, too.

I’ll start with my story first because it is a freaking doozy. It was junior year, and most of my friends were moved onto campus a little bit early for student leader training. For much of sophomore year, I’d been harboring this giant crush on this kid we’ll call Joe. Joe was gorgeous – honey blonde hair, big blue eyes, tall and skinny with his own crippling affliction of awkwardness. Lucky for me that on that night I was at a house party – Joe’s house party.

Waiting in line for the bathroom, I saw Joe approaching, and we started chatting.

“So you’re waiting in line for the bathroom… That’s good for you… It’s a pretty clean bathroom, if I do say so myself.” And as awkward has his pickup was, I was definitely worse.

“Oh yeah? Want to know some great tips for keeping it clean? The best one is to close the toilet lid before you flush so you don’t get poop particles all over the bathroom.”

Needless to say, that was the end of Joe and me.

This one comes from my lovely friend Vanessa, who claims that awkward is her middle name, which is super cool because I think that maybe all of the girls featured in this post have that same middle name.

So, when Vanessa was chatting it up with some hunk at the bar, she realized the next step was to really impress him. And so that’s what she did. She tried to impress the guy by wall-twerking to “Bubble Butt.”

Or how about this time: “[I was] trying to flirt with some hot guy in line at the bar, he was into me (I think) until I got my fake ID declined.”

My friend Jackie had this great story to let us in on. After dancing the night away trying to seduce a hot guy at a club, she decided to make a bolder move. Jackie headed right up to the bar next to where he was standing, ready to get another drink. At the same time, the hottie walked over to her to say hi.

“I flipped my hair and faced him,” she said, “but I heard a huge crack and my head instantly started pounding… Turns out he was leaning in to whisper something in my ear and I flipped my damn head so hard I broke his nose.”

4. Remember that communication is everything.

While hooking up with a guy she’d been seeing for a few years, my friend Hannah had a huge communication mishap.

When the dude was trying to talk dirty to Hannah, he seductively whispered, “get me harder.” Too bad Hannah thought he said, “get me water.”

“Do you want it from the kitchen?”

The guy was probably pretty confused, too. “Why would we go there?”

“Why the hell would you want the water from the bathroom?”

5. Awkward can get pretty messy.

This a story about my friend Liz. During a hook-up in a dark room, Liz thought she felt a weird wetness on her face.

No, it’s not what you’re probably thinking.

The poor kid she was hooking up with somehow got a bloody nose, and Liz got it all over her and her bed. How unfortunately awkward for them both.

6. Try not to call them by the wrong name.

Or at least try not calling them Dad like my friend Lily did, because there’s no coming back from that ickiness.

“He was so handsome, too!” she told me. “And it was just such innocent flirting. I needed him to reach something up high for me, and I tapped him on the shoulder really quickly, and said, ‘Dad, I need you to get that for me.’”

Her face got what we like to call 50 shades of red.

I’m not telling these stories to try to embarrass anyone – clearly my friends and I can all do that well enough on our own. I guess I’m just putting these stories out there because sometimes I feel like the only single girl at the party, and I know that it’s definitely due to my major awkwardness. But when I hear these stories, these awesome little tales that sometimes far surpass my own awkwardness, I feel so much better. I hope this article can do that for you, too. We all have a little awkward in us; that’s what makes us so great.

Featured Image via screen grab from That Awkward Moment.

It’s Okay To Feel That You’re Behind In Life Compared To...