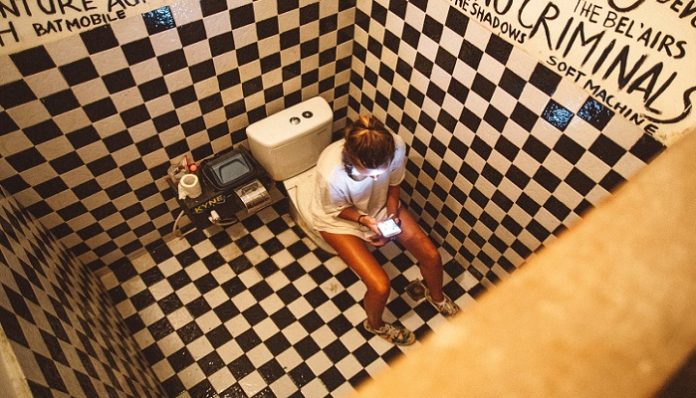 When your parents and grandparents talk about the “good old days”, they reminisce of times that were easier and less complicated. The first semester isn’t even over yet, and already we long for the “good old days” – the time when we each had our own bathroom. Those luxurious days when we didn’t have to plan out our trips to the bathroom and actually looked forward to a good, hot, uninterrupted shower.

As we prepare to return home for break, here are some things about our home bathrooms that we should be thankful for when Grandma asks at the Thanksgiving dinner table.

At home, a dropped toothbrush or retainer on the ground doesn’t seem like much of a big deal. Just pick it up, blow on it, and put it away. The five-second rule still applies here. Dropping anything on the floor in a college bathroom requires MAJOR sanitation, and that object may have to be put in quarantine. Dropping your toothbrush on the grimy tile calls for a quick disposal and one less Chipotle burrito, for the overpriced college convenience store replacement. A lose/lose situation, right?

The shower is a great place to scream the lyrics to “Shake It Off” or belt the songs from the musical Wicked, in preparation for a debut on Broadway. Here at college, you let out a whistle and everyone looks at you like you’re the weird kid that talks to himself.

When you’re in the bathroom at home, you know that you’re the only one that’s in there until you open the door and walk out. In a college bathroom shower, people can come and go as they please… and sometimes leaving behind a little something to remember them by. Trust me, I love a good surprise just like the next girl, but a full bowl of them? I’d like to say, “You shouldn’t have. You REALLY shouldn’t have.”

At home, we can almost always get away with walking back to the bedroom after a nice, warm shower in only a towel, or nothing at all. Imagine doing that in college. That hot guy down the hall that you’ve been flirting with either gets way more than he bargained for or you get awkward eye contact for the rest of the year.

Before going to the bathroom, we now have to construct a mental checklist. “Toothbrush? Check. Towel? Check. Keys? WHEN AM I GOING TO LEARN THAT I NEED KEYS TO GET BACK INTO MY ROOM?” If you haven’t bonded with your RA yet, here’s a good chance to start. They’ll get to learn your name and exactly what room you live in, and you’ll get to learn what swear words they like to mutter under their breath and how good they are at rolling their eyes.

Imagine wiping yourself after using the bathroom with a piece of bark, a pumice stone, and a burlap sack. That’s what toilet paper in college bathrooms feels like. If you’re still living at home, just take this for granted. Appreciate each square and cherish it. You have no idea what’s coming for you.

Along with family and good health, we should all be sure to count our home bathroom blessings this Thanksgiving. In solitude. With vanilla scented candles and rose petals in the tub.

10 Reasons You Should Never Consider Ghosting Someone