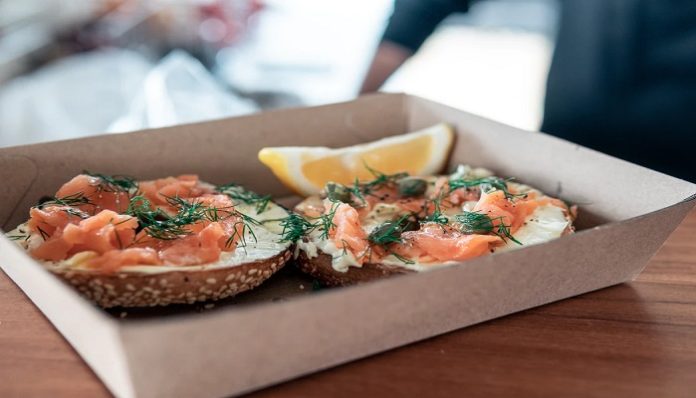 What is a baegel you ask? It’s a fairly easy concept to grasp. With the simple yet ingenious combination of the words “bae” and “bagel,” I have come up with a way to give more meaning to the overused phrase “Me and Bae” when referring to someone or something that isn’t actually your “bae.”

Baegels are far more than just a smear of cream cheese on top or the topping to a perfect breakfast sandwich. They have legitimate personalities of men that we’ve all encountered at some point. Baegels are legitimate baes, without all of the stress that usually comes with having a bae (i.e. fights, drunk texts, and long distance problems).

I have created a collection of bagels courtesy of the @everything_bagels Instagram account that I labeled as various types of men. The beauty of baegels is that they aren’t actually baes, they’re just freaking delicious bagel sandwiches that can be inhaled in 30 seconds flat. No drama, no tears, just baegels.

This baegel is OK. There’s nothing really WRONG with him, and you had a nice time when you grabbed coffee, but he’s just kind of blah. He was the baegel you chose to settle for when you had literally nothing else in your house. You were starving, maybe even a little desperate, and he was better than nothing.

You initially thought you weren’t too into this baegel, because on the surface he’s seemingly nothing special. But once you get beyond the typical bread-and-cream-cheese-pairing, you’ll find that he’s actually quite the interesting fellow. You may have to scratch beneath the surface (or cream cheese), but he’s got a zesty spice about him that keeps you coming back for more.

Your friends warn you about this baegel. They probably give you the “I just don’t think it’s a good idea” spiel, and you tell yourself the same thing. But, like, looking at this baegel makes it so hard to resist. You know if you go for it, the initial feeling will be incredible but then once you realize you probably shouldn’t have, you’ll feel like absolute sh*t. He’s the baegel that everyone wants and tries to resist but simply cannot.

This baegel is the perfect mix of smart, sweet, sensitive, and sexy. He’s delicious, balanced, and healthy in all the right ways. He’s a genuinely good guy and won’t leave you with a salty, gross feeling when you leave. This baegel doesn’t play hard to get, so if you’re looking for the thrill of the chase, he probably isn’t for you. He’ll be everything you’re looking for, but you’ll probably end up picking a #3 baegel instead.

You’ve probably spotted this baegel while swiping through Tinder, and you just couldn’t resist swiping right. His outfit is decent and the idea of him intrigues you. You’re so close to messaging this baegel first, and then he opens with “wanna come over tonight?” He then starts talking about all the chicks he’s matched on Tinder with and then he proceeds to aggressively ask if you “…wanna hookup?” Then when you turn him down politely (because you know he’s nothing but trouble), it’s followed by insults and the “I’m better than you,” and maybe even the “I was never interested anyway.” No thank you.

This is what happens when you spend the night with baegel #5. You wake up in the morning at glance around his room at the empty Keystone Light cardboard boxes plastered all over his bedroom wall next to the naked poster of Kate Upton and wonder what the f*ck you were thinking. He wakes up, looks at you and just says “What the hell happened last night dude?” Cross your fingers and hope your roommate is awake to pick you up.

You don’t like avocado. You’re entire life you have spent outwardly detesting avocado but never understood why you detest avocado because you’ve never even tried avocado. This baegel makes you want to like avocado but you’re hesitant because he really isn’t your “type.” You go back and forth in your head about him because you don’t really know why you like him, and your friends don’t really even get it…but you just do. Turns out you actually like avocado – who would’ve thought?

Literally. At first you thought this baegel’s flirtatious text messages were cute, even if the occasional “:P” emoticon creeped you out sometimes. You like him for a little bit, but then the cheesiness becomes all too…cheesy. You usually hold onto this baegel a bit longer than you should because it provides you with the attention you’ve always craved, but you eventually realize that it’s just too much cheese and not enough bacon.

Comparable to #5, except you actually enjoy this baegel. He may be your let’s-only-meet-late-at-night-when-we’re-drunk baegel, but the next morning is anything but awkward when seeing the remnants from the night before. The thought of him being anything more than FWB makes you cringe, but he’s a good baegel to have around every once in a while. I mean, everyone likes buffalo chicken, but could you live off of it for the rest of your life? Probably not.

There you have it, ladies and gents. These were the baegels that I could come up with, but the options are endless. The beauty of baegels is that you can create the PERFECT one in the comfort of your own home. Any baegels that we might have missed? Let us know.

How To Make Your Hair Care Routine More Sustainable

I’m A Single Mom, And Sometimes I Just Want A Shoulder To Cry On