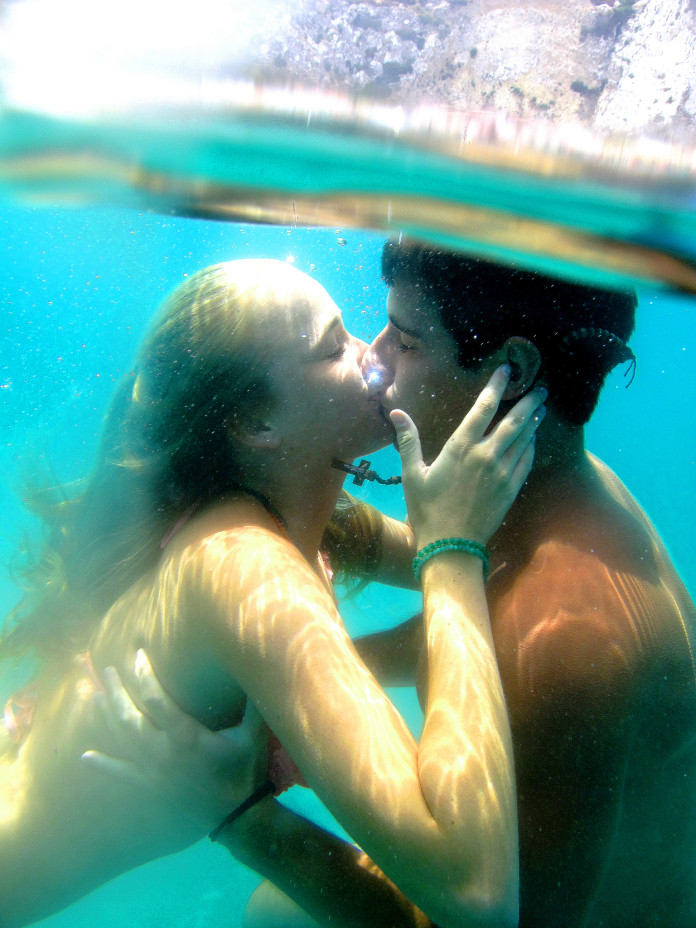 Is there anyone that doesn’t like the idea of becoming more romantically attractive?  It’s one of our strongest and most fundamental motivations, and I’m willing to bet that many of your daily activities are motivated by it, whether you realize it or not.  And that’s not a bad thing at all—it’s a natural biological process (just think of a peacock preening its feathers to impress a suitor).

However, the term “becoming more attractive” is usually intimidating.  If you’re anything like me, that phrase just conjures up images of slaving away in the gym, counting every calorie, spending hours in the salon, and spending an ungodly amount of money getting every imperfection sucked, snipped, tucked, dyed, tanned, or cut off.  Exhausting, right?  Well, what if I told you that there are some sneaky tips you can use to cheat the system, and make yourself more romantically attractive without doing ANY of those things?  It’s true!  According to psychological research that I’ve learned in my Interpersonal Relationships psychology course,  these are the top seven ways to make yourself more romantically attractive to your crush:

No no no, not in a stalker-ish way.  That defeats the whole purpose.  But the proximity effect is a real psychological effect, and a pretty simple one at that.  It states that more you see somebody, the more likely you are to like them.  You see super-hot girls walking around campus ALL the time, and even when me and my friends aren’t at school, there are other semi-attractive people there, too.  But who are the people you actually get crushes on, start boning, and eventually start dating?  These would be the people that you see on a regular basis.

Yes, ladies and gentlemen, the field of social psychology has officially pronounced that the whole playing-hard-to-get thing, in scientific terms, is “moronic.”  The reciprocity effect states that you are more likely to like somebody when it’s known that they like you back.  So yes, you can tell me you’re in love with me already *waits patiently for inbox to flood*.

3. Be surrounded by attractive people of the opposite sex–but only if you’re a guy

As it turns out, when a girl sees a guy surrounded by attractive girls, she’ll think of him as more attractive, supposedly because of social proof (we’ll talk about that later).  However, the opposite is true for guy. When a guy sees a girl surrounded by a group of attractive guys, he’ll get all intimidated and be all, “Oh no, they probably bench more than me,” and then leave to go play FIFA and sulk.

Social proof is best defined by saying, “When in Rome, do as the Romans do,” and it stems from what is probably pure human laziness, as it turns out that we really don’t like to think for ourselves that often.  How often has this following scenario happened to you: your friends are all going on and on about how hot this person is, and you really don’t see it at all. But they keep talking about it, because I guess this person is REALLY hot, and finally, you start to see it?  Ladies and gentlemen, that is social proof at work.  Get your crush’s friends to like you (or at the very least, hate you but think you’re super attractive) and your chances are that much better.

Multiple studies have shown that we’re more attracted to people wearing red.  Science isn’t exactly sure why yet, so don’t press me on the details.  Just do it, and make sure that your “something red” is a cute red dress or something alone those lines, not a blood-stained T-shirt or, even worse, a red fedora. My professor didn’t talk about that in class, but I feel like that’d negate the effects.

6.  Put them in fear-raising situations

It’s classic manipulation of misattribution of emotions.  In other words, if somebody is scared, and then they see you, they’ll attribute their arousal (increased heart rate, adrenaline, feeling like they’re going to die) to being around you, not the situation.  So that whole taking-your-date-to-a-scary-movie thing?  It’s actually a very, very smart move.  Furthermore, this effect is so strong, it still works even when you’re the one being scared and you know exactly what’s happening.  Don’t ask me how I know that.

There you have it.  According to my psych class, these are the simplest and most effective scientifically proven ways to win someone over, and you now have access to all of them.  I’m not really a fan of chasing after guys, but I am a fan of subtle mind tricks that will help stack the odds in my favor, and I’m sure you are too.  So do with these tips what you will, and good luck.