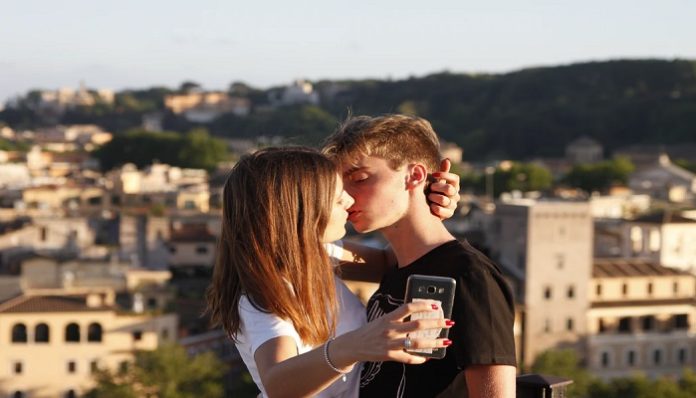 Time and again, I read articles upon articles about the intricacies, disappointments, unrealistic expectations and harm that casual hook-ups have on college students. I am not one to completely shut down anyone’s ideas, because in fact, they can say whatever they want. I’m just trying to play devil’s advocate here and offer another side of the story, another seat on the bandwagon to jump on.

I just want to say that college dating, hooking up, not hooking up, or whatever it may be is entirely up to the person running their own life. Who can tell you what is right and what is wrong? Nobody can say that those three guys you made out with at the overly priced, beer-drenched bar in that sketchy alley last Saturday night was a bad idea. They can’t say it because it isn’t their place. Surely, people can think that, hell… I am just as judgmental as anyone sitting next to me, seriously though, ask my friends.. my sarcasm is a tough wall to crack.

However, I am tired of judgmental people – not including myself- whispering about the harm that college does to our expectations. If anything, college should justify that we will be able to go out in the real world and find someone who is worth our time and love. Most of us don’t go to college to graduate with our future husband sitting in the audience wearing a cap and gown identical to their own. It seems ridiculous to put that sort of pressure on anyone that attends a four year college.

We pick up and leave our homes to have fun, to enjoy our youth, make mistakes, make friends, and make choices that we must take accountability for. So what makes this “hook-up”culture so awfully horrible that people find the need to write about it on every blog site? I think the reasoning behind the protest is that it goes against the traditional concept of meeting someone, becoming involved and then at some point settling down. It goes against the grain and it makes people fall into the pattern of hooking up with random people and waking up the next morning with a regret or two.

What’s the problem with making mistakes? I don’t get why others feel the need to look down upon those that make choices that they stand by. If I’m going to do the walk of shame, then I’m going to wear it proudly because you know what, I had the courage enough to go home with someone that I might not have in another situation. I’m sure that stating all of this would propose some difficulty in agreement because there are infinite possibilities of thoughts on this subject; however, I’d like to think that my open mind could drive people away from the traditional aspect of life and towards a more progressive road, one that allows for mistakes and doesn’t look down upon people who find the hook-up culture normal and a part of the college experience. I challenge the students of our generation to go and have fun, enjoy their time being young.

Since I go to a small liberal arts school, there is a connotation that the hook-up culture isn’t secretive in the least bit. As I enter my third year of college, I can confirm that the hook-up culture, who you get with and who your friends get with can only be made public knowledge if you let it become such. Not every single person at your school will have attended that party last Saturday night; therefore, anonymity remains intact. Only those that blab about it or make a scene become the ones in jeopardy. Whatever I wanted to tell people about my hook-ups would be my choice because either it was a big deal or not. Granted to this day none were a big deal because they didn’t turn into relationships. I am not scarred by that fact, I embrace that I can go out, enjoy my night and wake up the next morning knowing that even though I was “with” someone, I may not be “with” them in the long run.

As rock and roll has stated, “girls just wanna have fun,” so what’s a little fun here and there, are we truly going to be harmed by the choices we make that are so minor in comparison to others? We won’t be. Our decisions don’t always need to serve a large purpose, especially when it comes to hooking up with someone.

10 Types Of Relationships That Have No Chance Of Lasting

Why Do Guys Assume Every Single Girl Wants A Relationship?