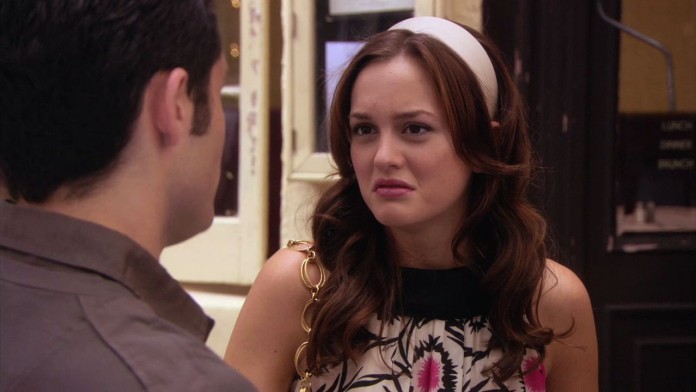 Always being the single friend, I’ve had the distinct infliction of having to listen to other girl friends complain about things that their boyfriends (or guys they’re dating) do. It’s seriously exhausting, but I promise it’s not because I’m a terrible friend.

And disclaimer: I don’t need to take a tumble from my high horse on this one. I’m ready to admit that I’m guilty of a majority of this list (but I’m not proud of it).

This one’s a killer because, duh, it bugs the sh*t out of us that the guy we’re texting is taking hour-long breaks between responses.

…except for that awkward moment where we all do the same thing. Am I the only one who’s actually timed how long I’ll take to respond to a guy’s text because I’m pissed off he took forever to answer mine?

That’s what I say whenever any man lets out a giant belch in front of me, a prim and proper lady.

Meanwhile, five minutes later, I let out a burp that puts his to shame. And honestly, this principle applies to anything that goes on in the bathroom. Why can’t we all just accept that anything gross that our guys do, we do as well?

So I’ve never really experienced this one first hand, but for every girlfriend I’ve heard complain about her boyfriend’s loud snores, I know at least two girls who also snore themselves. The only thing more annoying than your boyfriend snoring is you complaining about it 24/7.

No, no, don’t try to convince her that she’s wrong, that her boyfriend is actually a kind, patient, and gentle soul. She’ll argue with you until she’s blue in the face in the name of her boyfriend’s stubbornness.

This one kills me. Girls at the bar always tell their friends, “No, don’t talk to him…he only wants…you know.”

So? What makes me think that I don’t also only want…you know? Because come on, people – women like sex! And sometimes it’s all that they’re looking for when flirting with a guy, and that’s totally okay. Can we please stop denying that?

Raise your hand if you’ve been mad because a guy didn’t call or text after a date. *Raises hand*

Now, raise your hand if you’ve not called or texted a guy back after a date. *Raises hand*

So the guy’s a jerk because he didn’t call you, but you’re a freakin’ angel even though you didn’t answer a guy who did? Makes sense.

And while I’m at it, may I just say that it’s pretty dumb that we wait for the guy to text first (whether after a date or just meeting each other)? If we like the person, we should do ourselves a favor and keep talking to him, even if he didn’t text us first.

“Oh my gosh, he’s so obsessed with me, he keeps staring at my butt. It’s annoying!” That’s a direct quote from a girl that I know. Meanwhile, mere moments later, she’s commenting on the smoking hot construction worker we walk past on the street.

The problem that I see here isn’t that girls should be okay with people checking them out. If someone doesn’t feel comfortable with how they’re being looked at, they have a right to feel uncomfortable. My problem is this: that courtesy should be extended to everyone, regardless of gender. We’re all people, and we all deserve to feel comfortable out and about in public, male or female.

Gals and guys, let me just say this: double standards are super lame, and really unnecessary. Is there a reason why we can’t all be equals in this weird, twenty-something dating game we’re all playing? And ladies, for the love of all that is holy, can we just recognize that sometimes those things guys do that bug us so much, are things we’re also guilty of?

6 Ways To Get Back Into Reading This National Drop Everything...