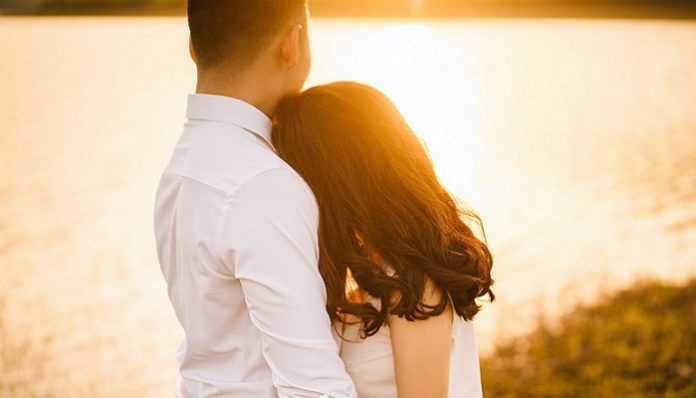 We weren’t together long. But the way I felt our souls connect made it seem as if it were years instead of months. I lost respect for you after the way you handled things when it ended. You disappeared without a trace and only confronted me because I had left you no choice. I spent a lot of time being bitter after that. How could I not?

You lead me to believe that things were fine and going great and then suddenly, you weren’t there. I had a hard time letting you go, because I had never felt a connection like that before. It took a lot of soul-searching, but I did it – I let you go. I decided not to be bitter about it though, because I found the silver lining to it all.

When things ended, I wasn’t really sure what to do. I hated myself for becoming so dependent on another human being for entertainment, validation, support, and assurance. You were home and now I was homeless. All I knew was that the last person I wanted to see, besides you, was myself. I sent Kaitlyn on a vacation, and in her place, I put Anti-Kaitlyn.

I did all the things that normal Kaitlyn wouldn’t do. I dyed my hair dark, I got tattoos, I shot guns. In all of this, I found that I wanted to keep Anti-Kaitlyn around; I liked Anti-Kaitlyn. She is everything I wanted to be. She is spontaneous and ballsy. She doesn’t care what others think and she is aware of herself and her surroundings. She looks at things from more than one angle. She was home.

2. I realized what I want and don’t want.

I had no intentions of betting somebody the rest of my life that I would love them forever. It took a lot of introspection to realize that that’s not what a relationship should be about and that I was simply in all the wrong relationships. Going into new relationships, I know exactly what it is I want out of the relationship and I’m prepared to lay all my cards out from the get-go so I can avoid the uncertainty that ruined our relationship.

3. I became comfortable and confident with my body.

Life is too short to spend it pleasing others.

It’s too short to waste it on relationships where your heart isn’t in it, and it’s too short to not go for what you want. I’ve decided to be upfront with people and address issues head on. I tell people when I get mixed signals, and I tell people when I’m not okay with something. I’ve stopped worrying about how it might hurt their feelings because I’ve taken into consideration how I’ll hurt myself if I don’t speak up.

5. You told me I deserved better.

And you were 100% right. I realize that this was an excuse for you to leave on good terms, or perhaps a “get out of jail free” card. But what you didn’t realize is that you were absolutely, completely right. I do deserve better than you. I deserve better than someone who waits until the last-minute to make plans because he “doesn’t like to make plans that he can’t 100% commit to.”

There’s more to life than people who only keep you second-guessing yourself and feeling stupid.

It was hard. Like I said, I had never felt an instant connection with anyone like I did with you, and I’ll never know if I’ll find that again, but I’ve moved on because I can’t wait around. I moved on because I wanted to. I did it because I no longer had unfinished business with you and I sleep well at night knowing that. You have no business in my present and future, and I have every intention of keeping you in the past.

Even though I spent a lot of wishing I had never met you, I can’t regret our time together. I learned so much about myself and gained some traits I never thought I would (including a backbone). To view this as a waste of time would be degrading to the lessons I learned. Though I let you go a long time ago, I needed you to hear these things. I may not miss you or respect you, but I do appreciate the lessons and things I’ve gained, and for that I am thankful. And with that, my friend, is my final goodbye to you.

4 Ways To Rekindle Romance And Intimacy In Your Relationship