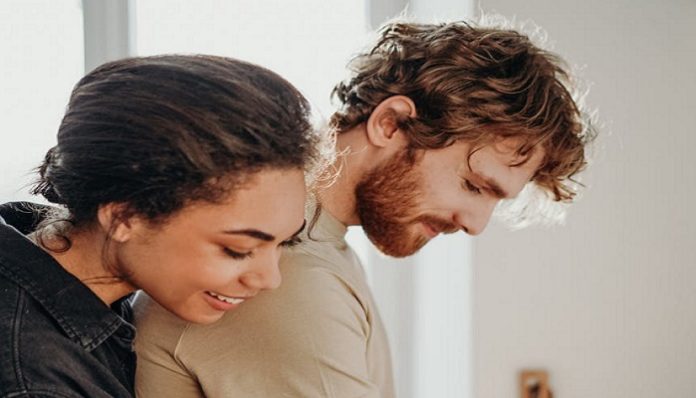 We’ve all dated our fair share of fuck-boys, and just boys in general, but hopefully you’ll soon graduate from Neverland and move on to the grown ass men. It took me my whole life, but I finally did it. It’s not easy and sometimes you don’t even know how or why you’re dating the wrong guys. But the truth is, he’s out there. It’s simply amazing to find a guy who actually communicates, treats you with respect, and loves you. I found it and so can you. Here’s how to tell if he’s true blue.

This man doesn’t leave you in that dark. He tells you what’s going on, what he’s doing, and where his heart is at. You’re not having to decode texts and send it to your squad in the group chat. He tells you exactly how he feels and never leaves you guessing. He tells you when he wants to see you again, he tells you he loves you, and how he’s feeling. There are a lot of arguments avoided because he’s honest with how he feels.

This guy isn’t “scared” about telling you he wants you in his future. This includes date night in two weeks and how he wants you to spend thanksgiving with his family. He is simply excited for the future with you and he lets you know it. He doesn’t feel the need to hold back on that.  For the first time you feel safe and secure.

Most guys leave us on the sidelines. We think we’re in the game and maybe we’re on their mind, but we can tell they’re holding back, they’re not giving their all, and eventually they leave. This man doesn’t. He pours his heart out, he isn’t afraid to tell you he needs you, and every day he reminds you of how amazing you are as a human begin. You can tell that he is in love with you or is, at the very least, starting to fall.

It’s not just all about him. He isn’t selfish with his time. He includes you and thinks about you. Because of this he doesn’t mind giving up little things he wants as in giving you the last piece of pizza. Or even when he is really cold he gives you his jacket because he cares more about you being warm than he is.

Not the animal crazed, if you look at my girlfriend I’ll punch you in the face type thing, or border line abusive. I’m talking he cares about you and only wants you. He wants you to feel the same, so if some guy is hitting on you he’s not just laughing it off. If some guy is being an asshole to you, he’s not just brushing it off. He doesn’t mind taking care of that situation. Because he wants to protective of you because you are his girlfriend.

He respects your time, your emotions, and your body. He is always making sure y’all are on the same page, you both see where the relationship is going, and he isn’t playing with your heart. He doesn’t grab your ass in public, he isn’t forceful with anything physical, and always asking if things are okay with you. This guy is so amazing that you would want your daughter to date him, and your father would approve.

7. He does little things to show he cares

He leaves you little notes for you, reminding you of just how beautiful you really are. He sends you good morning texts followed up about how much he cherishes you. He goes to Starbucks and gets you your favorite coffee. He actually calls you and asks about how your day was. Asking in-depth questions like he’s really trying to know you more and for once it’s not just an act.

At first, I thought guys like this were only in fairy tales. I thought I’d find a guy who loved me, but I didn’t think a guy would ever be so amazing, loving, and think that I’m the coolest person ever. At one point I thought I would be forever alone, but it takes time. Just remember: it only takes one guy to change everything. Don’t worry, remember you deserve this and you’ll find it.