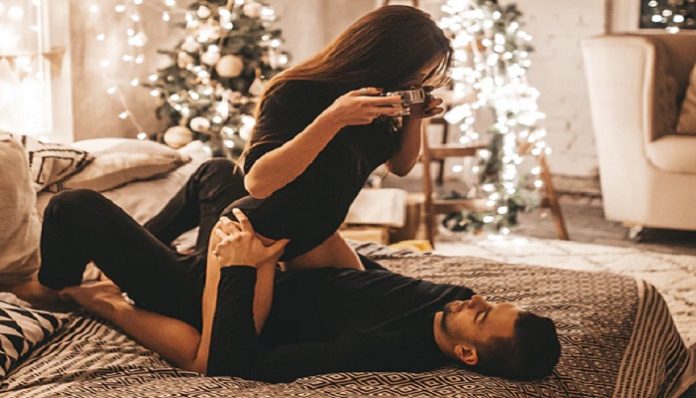 It was my freshman year of high school. I had started a new chapter of my life; escaping the halls of middle school and transitioning into the years of young adulthood. I was suddenly the small fish in a big pond, and felt every pressure to make a name for myself.

My friend Stephanie and I were only freshmen when we got invited to our friend *Tyler’s house for the first time. Tyler was a junior, so you can  imagine how two 15-year-olds felt about getting invited to his party. It was a huge deal. Stephanie and I were enjoying ourselves, making every effort to “blend in with the cool crowd,” making small talk with strangers, trying to hide our anxieties about being merely freshmen.

That night is when my life changed forever; it was the day I met *Jacob.

Jacob was a junior at my rival high school. It was just about a month after I had just broken up with my first real boyfriend and I had not fully recovered yet, but Jacob seemed to make me forget it all. Almost instantaneously, Jacob became my whole world. He drove the thirty minutes to my house almost every day, and he would talk to me on the phone for hours every night. Jacob would take me on dates regularly, both extravagant and simple. He just always made everything so special.

In my eyes, things were going great. I was on top of the world, and Jacob was right there beside me. But then, suddenly, he became distant. I received a text one afternoon that read, “Hey you’re really cool but I do not think this is going to work.”

I stared at my phone for several minutes, simultaneously confused and crushed. Suddenly, whatever relationship we had was over. I was left being “the almost girlfriend.”  Perhaps you could call me a naive freshman; over-emotional, reading into every date, every phone call too deeply. But, I have to ask, can you blame me?

Situations like the one I faced with Jacob are the kinds we all hate going through; they cause us to stare at the screen hoping for a text, we fight back tears, and finally we go silent; we are left confused and wondering what actually went wrong. We wonder what triggered them to abruptly end it. We wonder why we weren’t good enough and we want to know how we could have prevented it.

Jacob came into my life again and again for over two years. It made me feel like maybe we were meant to be. I believed this for months and months until I finally realized that I can do so much better.

He was shady with me – he would make me wait hours for him to text back. I would always hear about him talking to several different girls (he always just said I was paranoid.) I practically had to beg him to hang out; his friends even told me I was wasting my time. I was simply tired of being the “almost girlfriend.”

The final breaking point was when I received a message from a girl named *Taylor saying that they had been together for a few months now. She said that he loved her and I was just “in the way.” Essentially, I was his side chick. I called him crying and he just said she was lying, but it was him that was the liar.

Looking back on it I feel pretty dumb, but he made me learn I cannot trust everyone to be careful with my heart. He taught me fairytales do not exist, Carrie Bradshaw lied, your knight will not always be there to pick up the broken pieces. But most importantly, he taught me I would get back up and learn to love again. We just need to forget what the movies tell us about love because it doesn’t always work.

We live in a crazy society where casual sex outdoes all relationships. Our society believes it is easier to fool around with multiple people instead of just being with one person. Guess what: they’re right. But that does not mean we should give up on relationships all together and just give out our goodies for free, it just means we need to be careful. We can’t keep placing all of our heart with one asshole. We focus way too much on labeling a budding relationship that it ends up getting ruined because we scare the guy away. This also doesn’t mean that it is necessarily our fault for being the almost girlfriend, but there are douchebags who smooth talk their way into our hearts and then just leave us high and dry at the climax of our crush.

Almost girlfriends are everywhere and they keep allowing themselves to get into a situation that puts them there. Being one caused me to miss out on the fun I should have been having, when instead I was sitting at home waiting for a phone call that may or may not come. Relationships today are complicated. Generation Y’s “hook up culture” is f*cked up, but we need to grow to accept it. The person that is messing with our heads may or may not be worth it and most of the time it leaves us chasing for something that may never be. You’ll be OK, though. We are without a shadow of doubt destined to be loved immensely. Just be patient, but when it does you need to let it be. Do not overthink it or push too hard. Just enjoy it and love being loved.