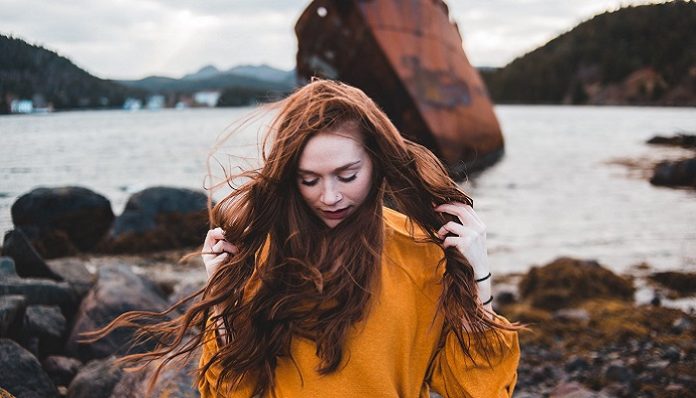 Here’s what I know:

We’re afraid to put ourselves out there and be vulnerable with our hearts. We’re scared of getting hurt for the umpteenth time, or we protect ourselves from ever experiencing that kind of heartbreak in the first place. We’ll do anything to prevent ourselves from the horror of being rejected – and that rings true in all aspects of our lives. We’re afraid of being the one who falls harder because who wants to seem keen these days? Being chill is so much cooler, right?

Love is that elusive feeling that ultimately we’re all searching for. Who doesn’t want to fall in love? Even those of us who claim to not currently be looking for a serious relationship – we have an unspoken agreement that would all change if the right person were to suddenly walk into our lives; because who would turn down the possibility of falling in love? For some reason, we just don’t have a lot of faith in the right person ever showing up.

Perhaps it’s related to how many of us have grown up in a single parent family, more so than ever before; and it has to be tough seeing two people who you assumed loved each other dearly and would be together forever, fall out of love with each other. Especially when those two people are your Mom and Dad. And it’s got to be even tougher coming to the realization that you were the product of something that didn’t work out. Naturally, many of us are scared shitless of becoming our parents and repeating their mistakes, because you see that vicious cycle recurring all too often.

I think a lot of young people have this ingrained in the back of their minds, and start to think ‘Is there even any point in trying? If my own parents, who let’s face it are goddamn super heroes, couldn’t make it work, what makes me think I have a shot?’ If 40-50% of marriages end in divorce, then you have to be a serial optimist or crazy risk taker to believe that the love you choose is one that will last. Maybe it’s not the falling in love part that scares us, maybe it’s the falling out of love part?

Love is a risk, perhaps the biggest gamble we’ll take in our lives. We make a decision to choose to put all our trust and faith into someone who, let’s be honest, we don’t really know. Because how well can you ever know someone who isn’t you? And how can you bank on someone staying the same as when you first fell in love with them? You can’t, of course. People change. We change little by little each and every day. Ten years down the line, neither of you will be the same people you were when you first met each other. Some people simply grow apart, some realize this isn’t the life they signed up for, and some just weren’t right for each other from the very beginning, and it’s only now that it’s dawning on the both of you.

Here’s the deal: when it comes to relationships, the only thing we can be certain of is uncertainty. I know that’s not what you want to hear, but that is the truth. And the truth is, we’re all a little afraid; some of us simply choose to push through the fear, and some of us don’t. Not a single person on this planet is fearless.

What you need to know is the people who love less in this world are the ones who fail to learn how to give unconditionally. Don’t be the person who holds back their true feelings, the person who casts a shadow over their raw emotions; because the only person you’re hurting in the process is yourself. Don’t worry about the what ifs, don’t worry about a future which you ultimately can’t control, and don’t worry if you are the person who seems to always care more. Because who gives a flying one if you are? Don’t change the person you are, simply out of fear of getting hurt. When a person hurts you, it says far more about them than it does about you.

Whenever you find yourself at the end of a seemingly ‘failed’ relationship, you should step back and ask yourself, ‘did I love them with everything I had?’ Because if the answer is yes, then you absolutely didn’t fail – you did everything right. You have laid your heart on the table, and you have bared your soul in its entirety. The right person will, without hesitation, do the same for you.

So don’t be afraid to love.