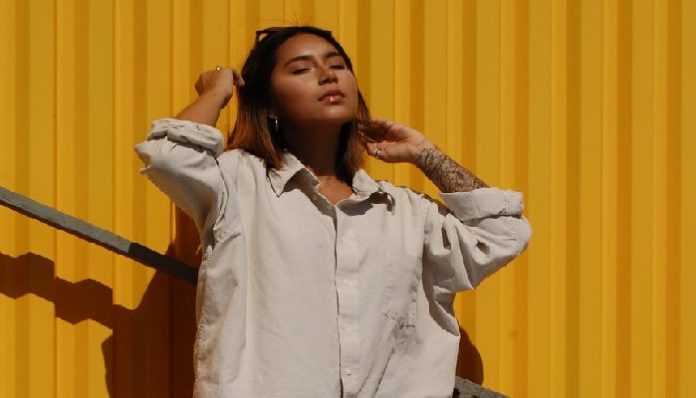 I once heard Stephen Colbert, in reference to his father and brothers’ death, say that he felt like he had a secret name. You meet someone, you tell them who you are, but that’s just the surface stuff. They don’t know your secret name and it’s a name that no one can pronounce. They don’t know what you have endured.

I never wanted other people to know my secret name. I didn’t want to burden them with my grief. It felt selfish, talking to friends about my situation when I knew that I would make them uncomfortable because, really, what could they say? What could they do? It’s a shitty situation and it’s always going to be a shitty situation. A compulsory “I’m sorry” isn’t going to make me feel better anyways. It’s just a cliché. So for a long time,

I didn’t talk about it.

I was only twelve when my sister was first diagnosed with cancer. And what twelve-year-old is equipped to be an emotional support for someone about the fact that their sister might die? So, I didn’t talk about it. In high school, when I started to deteriorate under the weight of my grief, my friends were too busy with their own hormonal catastrophes to fully commit themselves to dealing with my mess. So I didn’t talk about it. In university, when my sister was diagnosed twice more in the span of two years and underwent a bone marrow transplant, my friends were trying to juggle school with partying and extracting as much fun as they could out of the best years of their life. So I didn’t talk about it. It felt safer, more secure that way.

Now, due to side effects from the surgery, my sister is permanently disabled, in chronic pain, and will most likely be taken care of by my parents for the rest of her life. I tried running away, I tried compartmentalizing and dealing with it as if it were happening to someone else, but I’ve recently moved back home for a bit and I can’t hide from it here. Not when it’s living under the same roof as me.

I’ve been in a constant state of trying to figure out who I am in the midst of my tragedy. I can’t move on from it because it is my day-to-day existence. So how do I exist in the same space as my tragedy without succumbing to despair?

I’ve been angry for a long time. Angry at how unfair this whole situation is. Angry that this situation had to happen to my family, to me. But I’m sick of being angry. It doesn’t help anyone; it only hurts me. So instead of being angry, I’ve decided to take the giant leap towards acceptance. I’m accepting what is happening because I can’t change it, and fighting against it is a waste of time. I have to move on with my life.

I’ve moved on, to grieving.

I’m grieving the shitty situation. I’m grieving for my sister who was robbed of a beautiful, full life she should have had. I’m grieving for my parents who can’t retire or go on vacations and who will be responsible for their child forever. I’m grieving because my family will be trapped in this shitty situation forever and that this is our new normal. And I grieve for myself because I can leave and I can have a full life and yet there is something holding me back. Because the truth is I’m terrified. Terrified of people I love dying or getting sick. Terrified of leaving and feeling guilty forever for leaving them alone to deal with it.

I don’t want the secret name anymore. I don’t want two versions of me, the happy and bright version and the dark and tormented version. It is exhausting. My family’s tragedy is a part of me,

but it is not all of me.

Everyone has something in their life that makes it difficult to breathe at times. Everyone experiences trauma. How people deal with that trauma though, how people continue to move through life in the face of that trauma, is different for everyone. It has taken me longer than I care to admit to begin to move forward but I’m trying now. That’s a good start. I’m embracing the shitty situation and moving forward. What other choice do I have?

Featured image via Vicky on Pexels