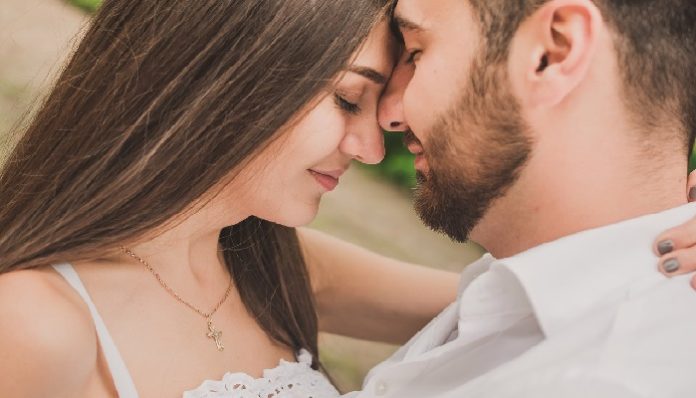 We all like to think we are “the girl that changed his mind” when it comes to commitment. When you met him, he was very hesitant to put his right foot forward, to take initiative, to express himself… It wasn’t of interest to him because he was so used to thinking for himself, and only himself. But then we come along and (believe) we changed his outlook on “relationships.”

As much as I would love to think this is the case, the harsh reality is that I just got lucky. He managed to see all my quirks, all my great qualities and everything I have to offer, just at the right time. Don’t get me wrong, I know he loves me (now), but I am well aware of his severe commitment-phobia. So I definitely have to be careful and watch which buttons I push, because there is such a thing as scaring someone away, while still staying in a relationship.

Take into consideration these 6 things you need to know before dating someone with commitment issues.

1. You MUST be patient with him

He is going to be indecisive and more often than not, he is going to test your patience. Most of the time, without even knowing he is doing so. He just doesn’t want to say “yes” to something without being sure that’s exactly what he wants. It’s honestly kind of weird. You could just be asking where he wants to eat and he interprets it as, “What do you want to serve at our wedding?” Sit down.

2. Don’t plan too far in advance

I have made this mistake more often than I would like to admit… But do NOT make plans with him more than a week at a time. Unless you absolutely have to, avoid it at all costs. I can actually picture my boyfriend sweating when I think of the time I asked him about attending my family party (a month away). Oops.

3. Let him feel in control

Every once in a while, try to let him choose where to eat or what he wants to do that weekend. If he feels like driving or if he doesn’t mind that you do. It makes them feel way more secure and in control of what’s going on, as opposed to being told where to go or how to dress.

4. They won’t always express themselves as much or as well as you

I am such an affectionate person when I’m in a relationship, and my boyfriend is most certainly NOT! I could compliment him until I’m blue in the face and sometimes he just forgets to reciprocate. He is not going to want to say something to you that gets your hopes too far up until he’s 100 percent sure about you and your future together. So he is actually very smart because everything he says to you is strategic. It makes you feel good, but not overly confident about your relationship… He keeps you wondering.

5. You have to give him time to actually miss you

Over the holidays, you spend time with your family and he spends time with his, so it’s natural to spend more time than usual, apart. But this could actually do you wonders because those few days (or weeks) apart make him think about all the things you do for him, the many laughs he has with you and let’s not forget, the MIND-BLOWING sex.

6. He is going to dodge you

It’s inevitable. There are times he is going to feel so overwhelmed with the relationship (the fact that he’s even in one) that he is bound to pull away and dodge you. Maybe this means cancelling plans or postponing a date. Don’t worry, he still loves you…probably.

Dating someone with commitment issues is like dating someone with any other sort of issue. Of course it is worrisome at times, but it’s just something you have to learn to love about them. And it might not be for you, worrying can be exhausting. That’s okay too. But these are some things to keep in mind when you’re dating or thinking of dating someone who is hesitant to be fully invested.

Featured image via StarFlames on Pixabay