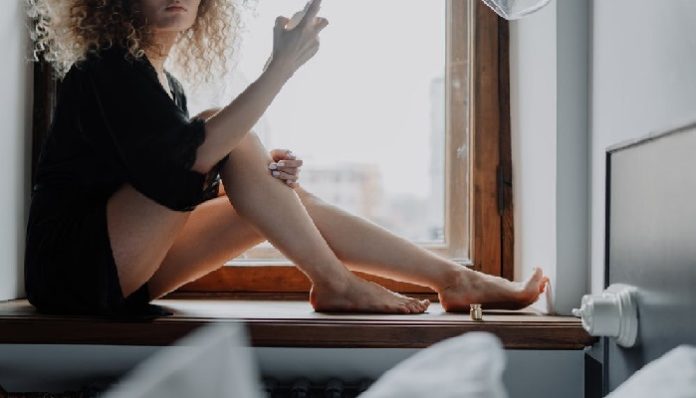 Us women are naturally a bit batch crazy, so we have to learn how to take it down a notch when it comes to jealously…especially if it stems from being curious about who our boyfriend has as girl friends. It’s completely understandable to be skeptical and even a tad bit intrusive, but we can’t let it (completely) take over our rationality.

My boyfriend is friends with quite the attractive bundle of ladies, but I always keep in mind that trust and respect go a long way. I trust him to study with whomever he pleases, and he respects that I may want to grab a coffee with an old (hot) friend. This whole “trust” thing is a two way street in which you should both have an understanding of who drives on which side.

It’s easy to fall into bad habits and jump to conclusions with your man, but here are 8 reasons to give him the benefit of the doubt.

1.You’re The One Who Caught His Eye

If your boyfriend is anything like mine and has been compulsively single before meeting you, you’re the one that stood out from the rest. You made such an impression on him that it made you irresistible. Keep this in mind whenever you have any doubts;you’re incredible and he’s yours.

2.Jealousy Is An Ugly Trait

It sucks to say, but jealousy is an unattractive trait to possess. It makes you look insecure and paranoid. Yes, we are women, and jealousy is a completely normal feeling, but you have to be careful not to go too overboard with it because your boyfriend could start to feel like he’s doing something wrong and it could start to create issues between you two that weren’t there to begin with.

3.You Connect On A Different Level

Sure, we all have friends we connect with, but nothing compares to when you are in a committed relationship with someone. You become best friends and share things with one another that you wouldn’t care to tell anyone else. You share a special bond that no one can take away from you…especially not his platonic girl friends.

I am sure you wouldn’t be dating him if you didn’t have any faith in him. You know him well enough to give freedom and space to do what he wants, yet trust him to use that responsibly and respectfully. No one wants to be the idiot that gave someone space when they really needed to be kept a close eye on, so it’s important your boyfriend is appreciative of the trust you put in him and that he doesn’t abuse it.

5.He Needs A Little Bit Of Clarity

It doesn’t take much for him to realize how strange a girl can be. He can be talking to a girl friend and just realize how absolutely insane she is… That everything she is saying is everything you would do the opposite, and that her reasoning is out of line and a bit absurd. He starts counting his lucky stars that he ended up with someone so understanding, supportive and trusting of him. Because who doesn’t deserve all those things?

You do a lot for him. You put aside your issues to see how you can fix his. You make him dinner when he has had a rough day, you are understanding when he wants to spend a night with the boys and you are more than supportive when he has a study “date” with a girl friend. You do everything right, from the trust you have in him, to the constant support you provide him. So don’t doubt your amazing girlfriend qualities.

7.He Just Needs A Confidence Booster

You’re his girlfriend, best friend, personal cheerleader, and confidant. Most of the time, the things you say will be supportive, uplifting, and kind. You’re kidding yourself if you think he doesn’t feel more confident hearing them from one of his girl friends. Even if it’s innocent, it’s nice to hear things from someone who isn’t your significant other because then you know they’re not the only ones that think that. It’s a huge self-esteem booster for anyone, so there is no need to waste your energy with jealousy over that.

8.He Holds You To A Higher Standard

By not allowing yourself to get jealous and giving him the freedom to do as he pleases (within reason), he starts to see you in a different light. Maybe some of the girls that he is friends with are a bit crazy and get jealous over “stupid” things, but he realizes that he never has that issue with you. He comes to a realization that you are definitely a keeper because of your stability and sanity.

There are no guarantees in life and sometimes we will be disappointed, but all we can do is put our best foot forward and give the people we love, the benefit of the doubt. We all deserve that. We are all human, we make mistakes…it’s inevitable. But, it is important we keep in mind that trust and honesty go a long way. Having that constant communication is a gateway for only good things to come in your relationship.

Remembering to look at the bigger picture can really put things into perspective for you too. Reflecting on the reasons you two are together and how happy you are, will adjust your viewpoint on what’s important to get upset over and what’s just simply interrupting your (make-out) time.

5 Ways To Build Your Self-Worth Instead Of Seeking It On...