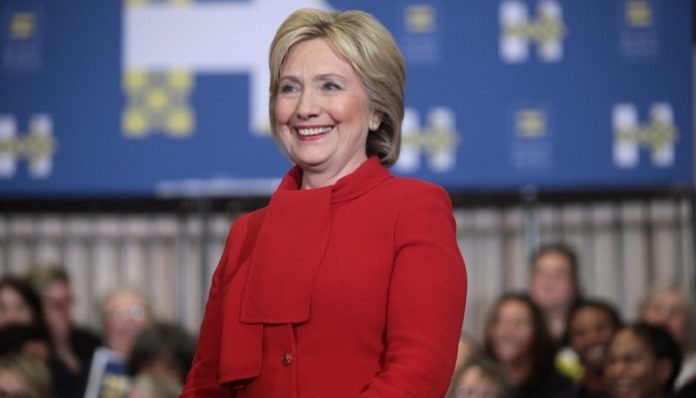 Yesterday was a huge deal. But I feel like the high levels of negativity surrounding this election diluted the fact that for the first time in the history of the United States, a woman was elected as the presidential nominee of a major political party. For just a moment, I ask you to set aside your political opinions, beliefs and ideations, to fully understand what yesterday represents.

In 1850, the first National Women’s Rights Convention took place. A little over 1,000 women attended which sparked an annual convention for the next 10 years. The main focus of these conventions were giving men and women equal rights and treatment under the law.

In 1963, Congress passed the Equal Pay Act which made it illegal for employers to pay a man more than a woman for doing the exact same job.

In 1967, an executive order expanded the affirmative action policy to cover gender and to ensure women and individuals of color received the same employment and educational opportunities as white males.

In 1981, Sandra Day O’Connor was the first woman appointed to the US Supreme Court. Currently, three of the nine members are women. Fast forward to 2010 when Kathryn Bigelow became the first woman to win an Oscar for Best Director.

Even in 2016, we’re still making changes. It was just earlier this year that women were given the right to serve in any role in the armed services.

These dates provide the smallest snapshot of what some badass women began fighting for in the mid-1800’s. These dates showcase the simple power of the phrase “this isn’t fair.” These dates and the historical event that took place yesterday show that people finally believe a woman can lead just as effectively as a man.

Ladies and gentlemen (but mostly ladies), I hope you hold on tight to yesterday as a reminder that you are powerful and matter just as much as everyone else. I also hope you get your booty to a ballot box come November because less than 100 years ago, you were not allowed this basic right. You don’t have to vote for Hillary to exercise this right; all you have to do is vote.

5 Interesting Health Benefits That Come With Being Married

5 Essential Things To Add To Your Daily Routine This Summer