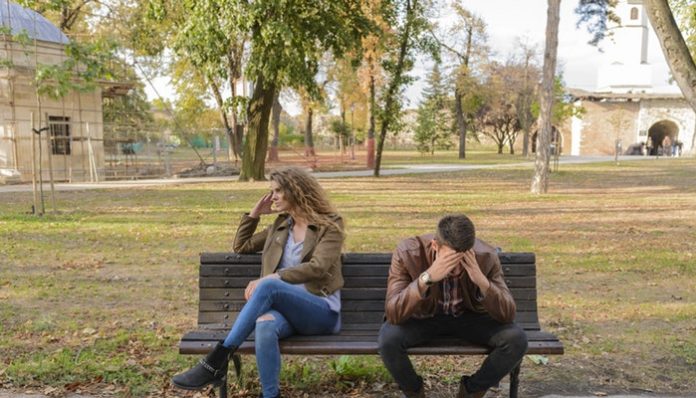 Being in a long term relationship is great for so many reasons. You have a partner in crime, someone who cares about you and is invested in your relationship. You have someone to help you grow and push your limits and someone who is looking for that serious connection. However, even in some relationships, no matter how happy you are or how great things seem, sometimes they can become repetitive and boring.

What causes someone to become bored in a relationship is usually because of how long you two have been together.  It doesn’t mean that there’s something wrong, it just means your comfortable routine has become slightly stale and repetitive. This feeling is extremely normal once things have become normalized in your relationship and you’ve been together for a while. It’s also hard to determine if your partner is feeling bored in your relationship or not, because you may still be blinded by the bliss of your budding romance.

Here are a few ways to tell if your partner is getting bored.

The moment your significant other stops asking questions is the moment you should have your guard up. This may show you that they aren’t as interested in the relationship anymore. It shows that they genuinely don’t want to know about your day, what you’re up to, or how you are doing. It’s hurtful, but it shows their interest is dwindling slowly.

If your partner used to be excited about doing things together and they aren’t, that’s a huge hint. A general lack of enthusiasm for things that used to get your significant other excited is an easy thing to spot right off the bat. You can always try suggesting things to see how they’d react. If it’s lacking the emotion you want to see, then try creating new date ideas.

There’s No Interest In Doing New Things Together

If they used to be open and enthusiastic to try new things and now they just want to do the same things together, they’re more than likely bored. On the flip side of the previous point, it just means that they feel they are doing new things routinely. They just don’t have an interest in always trying new things.

They’re Always On Their Phone

Sure, once you get more comfortable in a relationship you feel a little more able to be on your phone. But if it’s an overly excessive amount of time that’s almost unusual compared to how it was before, then take note. It means they’re with you physically, but mentally they’re in a totally different place and it doesn’t have anything to do with you.

They Want to Spend Less Time With You

If you’re used to having at least four nights of the weeks together and suddenly they start canceling on you or claiming they’re too busy, this is a huge indicator. Sure, they could just be busy, but by this point, you should have a good idea of their schedule. This means they want some distance; maybe to think about things between you two or just to be alone for a bit until they’re ready to invest themselves fully again.

Coming to this realization is a tough pill to swallow and can be slightly painful. It’s important to focus on if you two can move on from this slump. If they’re too far gone to help fix the relationship, end it in its tracks. But if there is a potential to help save it, make the effort and try breaking the routine slightly. Also, try distancing yourself for a week or two to help give them a chance to miss you.