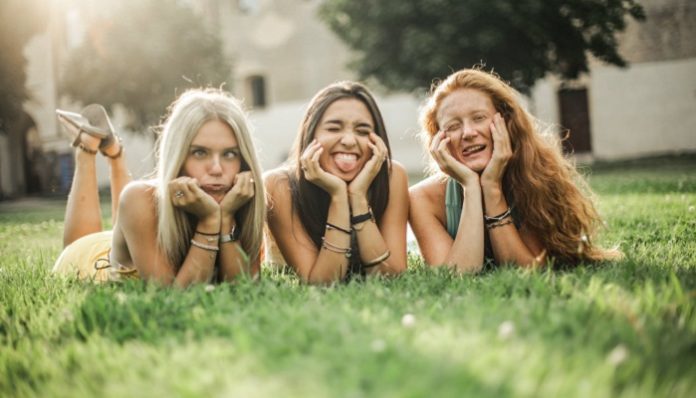 At 16, I met a boy who went out of his way to send me corny jokes because he knew they were my favorite. He made me feel like the most beautiful girl in the world, as cliché as it sounds. He asked me to prom and I felt like Cinderella when we danced the night away. I thought I had found him; the soulmate everyone talks about. The one that seems like the universe had too much to do with for our meeting to be just a coincidence.

At 17, that same boy, however, went away to college and we never spoke again.

At 18, I met my soon-to-be freshman roommate at a Panera Bread halfway between our two towns. We sat and talked for hours and I left feeling like I had known her my whole life. She understood what I had been through because she had gone through the same. She listened, she laughed, and she loved when it came to the stories I told her. Still, to this day, she is the sister I never had but always wanted.

Society has taught us our soulmates are our missing pieces. There’s the whole notion that someone, somewhere is going to come along with a dozen roses and a box of chocolates to sweep us off our feet and that will be the end of our search. We spend hours and even days agonizing over whether or not we have a date to a certain function or if we’ll end up like the old lady down the street with ten cats if we aren’t in a steady relationship by the time we’re 20. The truth of it all is,

Soulmates don’t always come in the form of a boyfriend or a girlfriend.

Sometimes, they just so happen to be our best friend who’s been the voice of reason through all of those boyfriends and girlfriends. Think about it – they’re the ones whose souls tend to fit perfectly within ours. They become our biggest cheerleaders, our words of encouragement, our shoulder to cry on. They’re the ones who will tell us if our sequined prom dress makes us look like a giant disco ball or if our leggings are see-through. They’re the ones who just get our love/hate relationship with Shonda Rhimes and understand that on Thursdays, we need a box of tissues and a pint of Chunky Monkey Ben & Jerry’s.

They know your test schedule better than you do so they can leave sticky notes on the bathroom mirror telling you “you da bomb!” and “I believe in you!” But mostly, they’re the ones you can tell everything to, without having to say a word. They know something’s off by just the sound of your voice or the way you write a text message. They know what you’ve been through and where you’re going.

At the end of the day, while they may not be serenading you with a love song they wrote just for you or surprising you with an anniversary dinner at a 5-star restaurant, most of the time, they’re enough. Chances are, you’ve already found your soulmate. And chances are, she’s sitting right beside you eating all of the cookies you two bought to share over your chick flick tonight while you scroll through Twitter and tell each other every juicy piece of gossip you find.