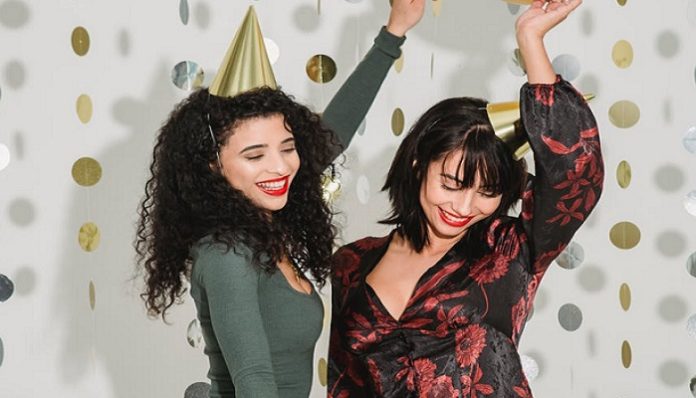 If there’s one thing that Gossip Girl has taught us, it’s that friendship is a rocky road of ups and downs that not even our best pair Steve Madden can prepare us for. While I’m not necessarily advocating for a relationship like Blair and Serena’s, friendship is a vital component to a healthy and fulfilling life. At a glance, your friends are the ones who stay up with you to binge-watch Netflix, your friends are the ones who stop you from texting that one crush, and your friends are the ones who will cheer the loudest when you accomplish something major. All of that barely scrapes the surface of what true friendship really entails. A best friend is the one person whose presence is irreplaceable in life. They are the shoulders that you cry on, the 2AM phone call about your hopes and fears, and the people who teach us that life is so much better when you’re not navigating it alone.

I can’t imagine ever hitting a point in my life when I don’t want to have close friends, and I hope I never do, but like any relationship, a good friendship comes with its own particular set of baggage.

Too often we take our friendships for granted and neglect realizing that no one is obligated to be our friend forever. Sometimes people change and you find your conversations stalled due to lack of interest. In the worst cases, some friendships turn toxic and become more of a hinderance in our growth. From there, it’s only a matter of time before the inevitable happens: the breakup.

When do our friends stop being our friends? The easy answer is that people drift apart, as they will. Whether it’s college or work or something else that comes along in the evolution of life, there are those people who we start seeing less often. But even so, those are platonic endings. Could we have been a better friend? Could they have been a better friend? Was it mutual? I don’t know the answers to that question. What I do know, however, is that we all have been a good friend and a bad friend. Friendships are complicated and tricky because at the end of the day, we’re dealing with another human being who has valid feelings and opinions.

The worst kind of friendship, without a doubt. A toxic friendship, as I like to define it, is a damaging relationship that takes a considerable toll on your well-being. While every friendship has its downside, ranging from petty fights to annoying flaws, a toxic friendship is something that outweighs every possible upside. All in all, this relationship is just not good. It’s draining, it’s hurtful, and you find yourself wishing that you weren’t even friends due to all the pain. Truthfully, we’ve all been on both sides of this coin.

Whether it’s because they’re actively sabotaging your life or they’re neglecting your needs, the toxic friendship can either be extremely easy to cut or a slow draw of misery.

If you’re the toxic friend, reconsider your behavior and actions. Chances are, this friendship is not the only one being affected by your poor behavior. I’m going to play the optimist and state that being a toxic friend does not make you a toxic person. I say this because anyone can learn from their mistakes, particularly given the chances that everyone has been a toxic friend to someone at some point. Whether you’re going through a bad time in your life or you’ve found yourself to be a self-destructive person, it’s entirely possible that you’re having a negative effect on your loved ones. The consequences may be unintentional, and you might not even realize how harmful you’ve become, but it shouldn’t continue on forever. It might take the ending of one bad friendship to realize how poor of a friend you have become.

One of the harder catalysts to mend, as I’ve discovered. This one is tricky because maybe this person has been a superb friend in all other aspects of your relationship until this one thing. And it, whatever it is, is not just a minor slip up that you can mope about for a couple of days. This one mistake, accidental or otherwise, is entirely unforgivable because they just so happened to pick the one action that you can’t forget. It can take something as simple as an unfortunate slip of the mouth for you to realize that you’ve hit the limit. You want to think that you can forgive your friend but ultimately find yourself unable to see past what they’ve done.

It becomes a roadblock in your relationship until you’re forced to admit that this one thing, whatever it may be, you will be able to move past.

If you’re on the defensive side, this sucks. You’re hurt – understandably so – because you don’t understand how your friend could have done this to you. Everyone else around you tells you that it’s just this one time, but it’s a big thing to move past and you find yourself incapable of just forgiving and forgetting. There is no easy out when you’re on the defensive because no matter where you look, that roadblock will always be there. If you’re on the offensive, it means that you’ve done something that hurt your friend. Forget all the small fights about who spends more money or who is annoying in the morning; this is one thing that you did to completely push your friend out of your life forever. Everyone has a boiling point and you just pushed your friend past theirs. The only thing that you can do is apologize, without feeling entitled to forgiveness, and give the person the space that they deserve.

Every relationship expert, according to my subscription to Seventeen and Cosmopolitan, will tell you that communication is key to any thriving relationship. When communication stops, it’s easy to flounder around in the sea of “What did they really mean?” and “Did that really just happen?” Naturally, this is something that can frequently occur in a friendship. This breakup is most confusing and troubling because neither party is sure of what exactly caused the ending. More often than not, this is a misunderstanding or a fuse that blew too quick. One of you did something and what could have been easily resolved grew to be something unstoppable.

Before either of you can process the event, someone’s already called it quits.

The good thing about this particular breakup is that it can be easily fixed through communication. We all have that one friendship that we wish hadn’t ended due to something stupid, so there’s no harm in reaching out with a firm yet polite “I’m sorry that things ended the way that they did. Is there any way that we can talk it out?” Just keep in mind that it may not always end well – but it’s a risk worth taking. Maybe you discover that the accidental separation was really covering a toxic friendship or it was a slow build waiting to explode. Regardless of endgame, I find that any sort of resolution is better than perpetual waiting.

In conclusion, friendships are hard work. All relationships have their complications, but the ending of a close friendship isn’t something that should be undermined in any sense. Mourn, grieve, or rejoice – you are entitled to your own feelings after a breakup of a close friend. It may not always make sense and it may not always be pretty, but there’s no use denying the impact that friendships have on our lives. Like any other breakup in life, there’s always the very good chance that you’ve learned something in the process.