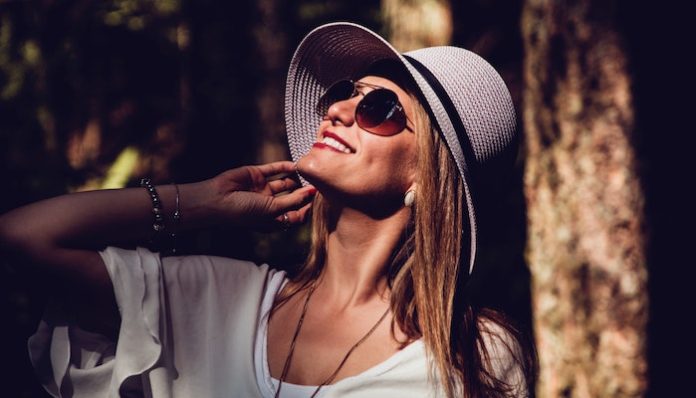 Every word he ever said to you remains imprinted in your head. His anger and hateful words have left you feeling numb and uncertain of what you deserve. The way he treats you feels so familiar that you don’t know how to feel about it anymore. You look at yourself in the mirror and all you see is a girl without any life in her eyes. You wake up every day and realize that nothing brings you pleasure anymore.

When you lie down each night, you hope that tomorrow will be a better day. Sometimes when you close your eyes, you catch glimpses of the happy girl who you once were. You know that the happy girl still exists, but you lost her in the madness that he created.

You’re the girl that has forgotten her worth. Despite the emptiness you feel inside, though, you deserve so much more than him.

It’s time that you take your blindfold off and see your relationship for exactly what it is: a living hell. Maybe you don’t even realize or want to admit how awful it is. He promised to take you high so you could touch the clouds, but all he’s done is bring you down to the underworld.

Open your eyes and see the harsh reality of your toxic relationship. It brought you more hurt than happiness. Now is the time to reevaluate the person you are with and the situation that you are in. It’s not fair for you to feel emotionally exhausted in your relationship, nor is it beneficial to your physical and mental health.

I know what you’re feeling because I’ve been you before. I once lived in a fantasy world where I fantasized about how my toxic relationship could be instead of realizing what it was.

When you’re in such a dark place, you sacrifice yourself. You try to do everything you can to make your relationship work.

You see the Prince Charming behind the monster. You want to be Belle and transform the beast into a prince again. But the truth is, you can’t change anyone if they don’t see their own wrongdoing. You shouldn’t have to hurt so much or fight so hard for his love. Yes, I know that leaving the person who once brought you joy is hard. But darling, you deserve to be in a healthy relationship is full of mutual love, support, respect, and trust,not lying, cheating, belittling and fear.

I want you to know that you deserve so much more than toxic love. You are a beautiful woman who started believing that you were not enough. But you are enough and always have been.  The truth is, he was never enough for you.

You are not defined by who you are with, or who you were once with. The only person who can determine your worth is yourself.

You deserve so much more than your current relationship. You are worthy, so you deserve to be happy and healthy in both your relationship and your life.

Take time to get back in touch with yourself. Take time to heal and find your happiness again. At the end of the day, being alone is far better than settling for someone who doesn’t treat you kindly.

When you leave your toxic relationship behind, you’ll cross paths with people who will love you, cherish you and appreciate you just the way you are. There are plenty of people out there waiting to treat you how you deserve. Allow yourself to move on and be happy again. If you’re the girl who has forgotten her worth, know that you deserve so much more.