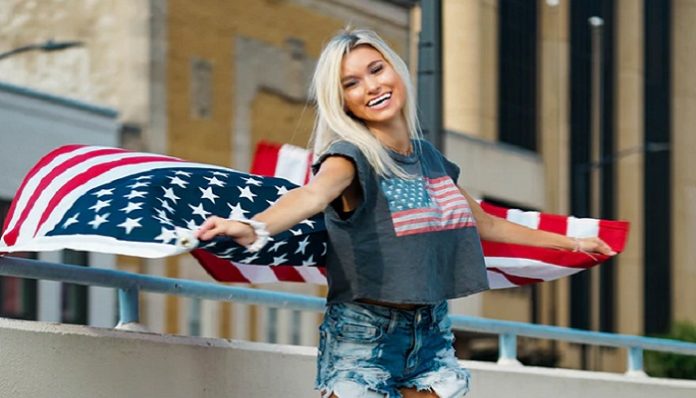 As if you need to be convinced that the leader of the free world is da bomb, we thought we should celebrate the 4th of July by pointing out all the reasons why the U.S. of A is the sh*t. Super conceited and ethnocentric of us, but hey, this is ‘Merica. Being proud is in our nature.

1. We’re good at all the cool sports in the Olympics like gymnastics and beach volleyball. We may suck at things like ping pong, but who the hell cares? Plus, our basketball team KILLS, but we pretty much invented the sport so…

2. On that same note, we also won the most Olympic medals combined of any country. Get at us.

3. We’re back to back World War Champs. So yea.

4. We have uncensored internet! A very first world example: Spotify does not work everywhere in the world. (But in other serious news, things are actually completely censored in countries like China. Sorry China).

5. Like what other country has a mascot like this? A pretty BAD A** little birdie, I’d say.

6. We’re the only ones to reject the metric system, call “futbol” soccer and “football” football…JUST BECAUSE WE CAN.

7. We have a whole genre of music dedicated to the country. It’s called country music.

8. America is the literal definition of freedom. We are LITERALLY freedom.

9. On maps, we split up Asia just so we can be the center. (Actually, we’re pretty embarrassed about this. Sorry we always have to be the center of attention).
10. The inventors of Facebook, Apple, and uh, the INTERNET are Americans.

11. We landed on the moon first. F*ck what the conspiracies say.

12. We have no official national language, which is pretty sick.

13. Miley Cyrus even has a song about us! That’s when you know you made it.

15. Elvis, the King of Rock and Roll, was American. On the other hand, Justin Bieber, is Canadian. So stop blaming us.

16. We fashion our American flag into our apparel. We even have American Apparel.

17. In the most recent news, America realized that love is love and recognizes gay marriage, which rocks.

So break out your American flag and crack a beer. It’s America’s birthday, and you know we’re all celebrating. #Merica.