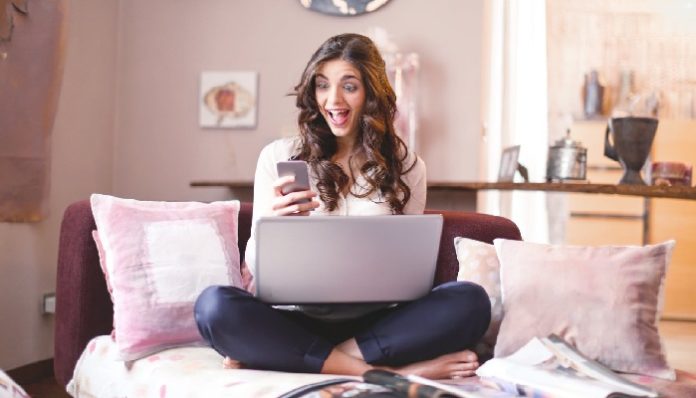 Dating practices have gone through a lot of reshaping in recent years. One of the most common places to find love is the Internet. Understandably, some people are put off by this for different reasons. The safety, healthiness, and quality of relationships formed behind screens is definitely being called into question. Websites for finding a partner online have been around for the last couple of decades, but with the more recent emersion of apps like Tinder and Grindr, even the online dating is changing vastly as it moves into the territory of “hook-up culture.”

I met my husband in January 2012. I was 17 and still in high school. He lived a couple of hours away from me but at that point, he was on mission trips. I didn’t go online searching for a boyfriend, but it happened anyway. Basically, my friends were all using a website meant for just “meeting people” and talked me into making an account. I met my husband-to-be under platonic circumstances and we started talking. One thing lead to another and the relationship developed very naturally. We met in person and started dating that June.

I think meeting online offered us opportunities that most couples don’t get. Because we couldn’t have a physical relationship, we got to know each other really well. There was a trust and bond created before the dating relationship ever really began.

Online relationships can be successful, as long as the relationship moves into the real world and develops naturally the way any other would. Honestly, it still feels a little weird telling people that we met online, even after over a year and a half of marriage. I think the only reason it’s weird is that there is such a negative connotation associated with online dating. People just don’t take relationships as seriously or view them as valid if they begin online.

I think as it’s time we accepted that we are a culture of technology and that it’s nearly impossible to avoid that seeping into our personal lives. Unless you’re meeting someone at work or while you’re still in school, establishing new relationships is really hard in this day and age. The alternative to finding someone online, in most cases, is meeting them in clubs and I’m not sure that’s any better. Are people in clubs generally looking for long term-relationships? Probably not.

The only way we’re going to combat this negative state of mind is to explain the differences between the 3 types of online relationships.

Just like in the “real world,” if someone is just looking to hook-up, that’s who they are. They’re not going to be talked into forming a long-term relationship with you. That has very little to do with being online. You’ll find these people everywhere.

Where two people meet online and talk all day everyday but never actually move forward. Maybe they start calling each other or texting. Maybe they add each other on Facebook. But the relationship remains an unfulfilling affair behind the keys. This is where a lot of the “catfishing” cases come in where people aren’t who they say they are and sometimes even scam others out of money. This is not healthy and is not a good representation of people who are forming legitimate relationships with people they meet online.

Life is busy and meeting people is tough. Sometimes it just makes sense to look online for new friends and even partners. This doesn’t make people desperate or odd, it’s just the way things are now. People can meet online, arrange to go on a regular date and things can develop from there. There is nothing wrong with it.

Online dating can go very wrong. People can be hurt, taken advantage of, and even in extreme cases seriously harmed by people they met online. But online dating can also go right! When a person knows what they’re looking for, sets out in a logical way, and practices safe internet usage, amazing relationships can be formed.

If online dating is something you’re considering trying, give it chance. Be smart, be open, and be optimistic. There are many benefits to getting to know someone in an entirely emotional and mental way before ever meeting face to face. Don’t worry about what the world has to say, they’ll catch up eventually!

The Valuable Lessons You Learn From A Broken Heart

Knowledge Is Power: How To Get To Know Yourself Better