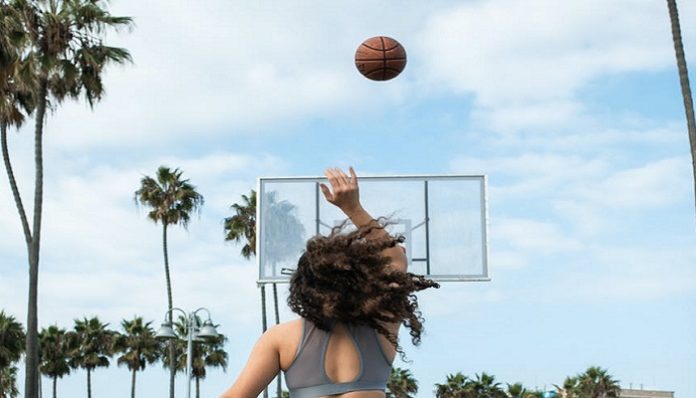 March is a pretty undesirable month with one redeeming quality: March Madness. Also known as The Big Dance, the NCAA tournament is basically basketball fans’ Christmas, filled with Cinderella teams, dramatic upsets and justifiable, infectious school pride. I’ve been a basketball fan since I can remember (and have officially filled out a bracket since I was eight), so needless to say, I know the in’s and out’s of the game. But basketball is more than just orange balls and hoops—it’s a sport that has taught me some invaluable life lessons. So it’s okay if you don’t know the difference between a free throw and a foul shot (hint: they’re the same thing) because everyone can learn a little something from basketball.

Everything can change in a minute.

The main reason why I love basketball so much is because everything can change in an instant. Your team could be up by 10 points and within a minute, the scoreboard might tell a completely different story. This is what makes basketball so exciting to watch—you’re literally never bored. It’s very similar to life in the sense that one small moment or a single event could change the course of your life completely. Yes, that’s extremely scary to think about but it also makes it a hell of a lot more exciting.

“Shoot ‘em up, sleep in the streets.”

This is a big shout out to my favorite coach of all time, Jay Wright, the fearless (and extremely well dressed) leader of the Villanova Wildcats (I’m only a little sorry for this shameless plug for my school. Go Nova!) What this means: some days, you’re going to shoot the lights out and be the star of the game. And other nights, you won’t hit a damn thing but you have to keep playing. Take it from Jay: cherish your awesome days and fight through the hard ones; your life is going to be an even mix of both.

In basketball, there are these things called “fouls.” Basically, a foul is called when someone breaks a rule or shows unsportsmanlike behavior. Good thing is, players have 5 personal fouls before they’re taken out of the game. So the life lesson here is that we’re all going to be an a**hole at one point. Sometimes people won’t care and let you keep playing, and other times they’re going to blow the whistle and call you out. Just don’t be a consistent a**hole because then no one will like you.

How cliché of me, I know, but this is an article about life lessons so cut me some slack. I’m sure you’ve heard this saying a million times, but it’s true in basketball and in life. It takes one buzzer-beater shot to win the game and a moment of insane courage to go after something you want. Take some risks. You never know when you’ll hit something big.

Surround yourself with good people.

Basketball is probably one of the most team-oriented sports out there. Of course you’re going to have star players that become household names, but trust me when I say that they would be nothing without the steals, blocks and assists of their teammates. For a team to win a championship, they have to work together and have each other’s backs. So don’t waste your time with selfish people who only care about making themselves look good. You’ll be more successful if you’re surrounded by people who support you.

The sports world stole this princess title from Disney to describe underdog teams who defy the odds. Everyone loves a Cinderella team. It’s in our nature to root for an underdog. Sometimes these teams make it all the way and sometimes they lose, it doesn’t really matter. People always recognize them for their tenacity. Regardless of what’s stacked against you, be a Cinderella. Whether you win or lose, you’ll always be proud of yourself to trying.

While my bracket may already be shot (those crazy 14-seeds knocking out the big guns in the first round), I’m sincerely loving every second of March Madness. Whether you follow the tournament closely or not, at least you now you can say you know something about basketball and a little more about life.