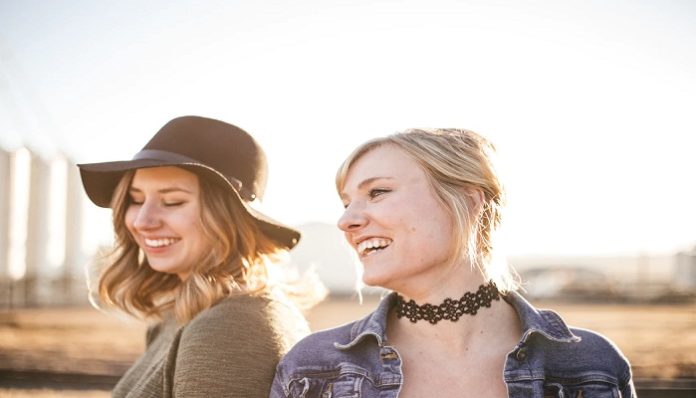 “Thing is, I don’t know if you actually know me.”

It’s a scary feeling when you realize the closest people in your life may know nothing about you. When they can’t differentiate between when you’re sad or happy, angry or tired, or just plain depressed. It’s not to say that it’s their fault…but you can’t help but wonder whose fault it is, or, at least why it is.

I called up a friend the other day, seeing if they could go out for drinks that night. It was last minute for sure. When they said they probably couldn’t, I wasn’t exactly elated, but I also wasn’t upset with them. I knew they had other commitments and other things to do. I understood why they probably weren’t able to and that they couldn’t give me a definite answer right then and there. But they didn’t take it that way; they thought I was actually upset with them and then they started getting defensive.

Calm down. Chill out. Stop trying to plan everything ahead of time. Less than vague insinuations of me needing to take a ‘chill-pill’ were being hurled my way. The more I tried to explain that I wasn’t upset, the more my friend played up their defensive side.

Truth is, I’m a notorious Type-A personality. Yes, I’m known for getting annoyed when people won’t commit to plans and always wanting to have an exact time and place marked down in advance. I’m anything but a ‘go with the flow’ type of girl and everyone (strangers and friends alike) can tell that about me. So, I guess you can’t blame my friend for assuming that I would be rattled by the lack of solid plans.

But even after the phone call, I couldn’t help but feel disappointed that my friend really thought I was upset. It’s an unsettling feeling at the pit of your stomach when you feel like one of your closest friends doesn’t really know you all that well. I feel like they should know, by the sound of my voice, choice of words, and our past three years of experience together,that I wasn’t upset. I’m also not upset that my friend mistakenly thought I was upset…I’m concerned by the fact that our friendship may not be as deep and profound as I considered it to be.

At what point does friendship transition from the superficial to meaningful? At what point can I say that someone truly knows me in every single sense? Maybe I’ll never be able to. The friend at the other end of my phone call knows some of my deepest secrets and most hidden emotions. They’ve witnessed years of my ups and downs, including some of my highest and lowest points. I can’t deny, nor do I want to deny, that they know me better than most of the other people in my life. But it’s important to remember that they still don’t know me completely, and they probably never will.

I may think this is only because I’m a proud philosophy major, but I truly do believe the only person who knows you best is you. You are the only person who can truly explain the reasoning behind your behavior and emotions, though sometimes those are still going to be unclear to you. You are the only person who knows your thoughts, passions, and ambitions, and fears. Other people learn those things through time spent with you and through what you choose to tell them. I have to remember that my friends only know so much about me because of what I tell them or how many experiences we’ve had together, not because they have an all-access card to my mind. So, I can’t expect my friend to know in every instance what my true emotions are. In these cases I just have to say what I’m feeling; if they don’t believe what I’m saying, then I can only rely on more experiences together to help them get to know me better.

How To Tell If Your Love Interest Is A Lesson Or...

Warning: 4 Signs Your Relationship Is Taking A Toxic Turn

My Significant Other & I Go On ‘Relationship Retreats’ & It...