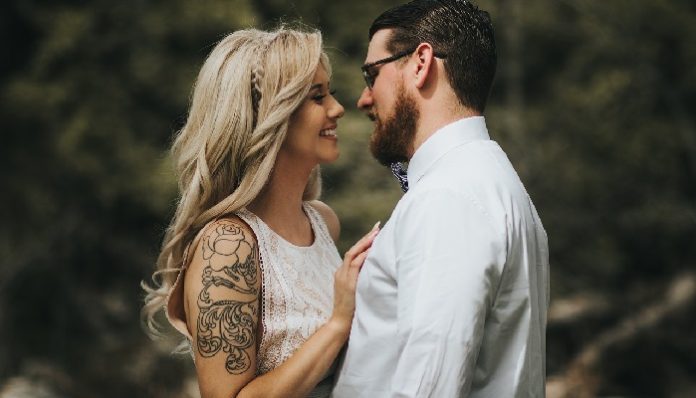 For the longest time, I thought being over someone meant not loving them anymore. It meant basically erasing that relationship and the precious moments from your heart completely.

Here are two stories that show just that – a girl who carries the lessons her first love gave her after falling for someone new, and a guy who holds on to the memories of his past relationship as he tries to move on.

I have dated since the break up with my first love and many girls have asked me the most impossible question to answer, “If you had to chose between me and her, who would you chose?”

I couldn’t answer the question honestly. If I could go back to the time when I was with her, I would, but that’s not how things work. Inevitably, time will pass. You’ll grow, have new experiences, create new memories, and see things differently. Time will also lead to new people, new friends, and new lovers.

I still love her in ways I can’t love you, but that matters very little as you are the one laying beside me. I was once told to never ask questions to which I didn’t want to hear the answers to. I’m dating new people, like you, and yes I still love her, but that shouldn’t worry you…she isn’t in my life anymore, but you are.

Years have passed since my ex moved across the country, but we still keep in contact. She taught me how to love myself and someone else with my whole heart and so I refuse to lose her from my life. We haven’t seen each other for 3 years and I have dated others since…but I still love her. She’s the one who got away, but also the one who helped me move on. My story taught me to love, to pick yourself back up and that it is okay to put yourself back out there for others to find you. – Jonathon Geal

Breaking up and moving on is never easy whether you are a guy or a girl. My experience was a little different than Jonathon’s, but we both have a special appreciation for our exes.

Just weeks into my freshman year of college, I fell for a guy who quickly became one of the few people who would see the deepest pits of my depression – the mornings I wished never came to the nights I spent tossing and turning because every demon came out. He saw museums where I saw empty hallways and celebrate little victories where I saw giant failures. There wasn’t a day that went by where I didn’t receive an “I believe in you” text or a phone call reminding me I was stronger than anything any mental illness had led me to believe. He reminded me how to laugh when I had almost forgotten how to, as cliche as that sounds, and his one liners always put the goofiest, most uncontrollable smile on my face..

However, after our second break-up, I realized that just maybe I had met him at the right time in my life. He came in sturdy; someone who could carry my storm and keep my head above water until I learned how to swim on my own. And at a time when I desperately needed a source of hope and a hand to hold, he was perfect.

We were perfect until the day came that we weren’t.

I broke down into hysterics. I understood why it had to end, but I never thought that day would actually come. I spent the following weeks coming to terms with our relationship, what worked and what didn’t, over analyzing every little thing I did or said to wonder what had been the breaking point. It wasn’t until a summer that I could finally think about him or us and not feel at a loss for breath. It wasn’t until a summer that I finally let myself fall for someone new, without hesitation.

Because of him, I know how to wish happiness on someone without feeling like I don’t deserve my own. Because of him, I’ve learned how to let myself fall for someone new and not be afraid of it working out – because even if it doesn’t, at least I put myself out there and let myself feel something. Because of him, I have experienced the greatest thing of all – to love and be loved by someone who wants nothing from you except for you to be okay. – Kady Braswell

For those of you having to deal with such heartbreak, trust me when I say that there is something good to come from all of it. It may take weeks, it may take months, or even years, but there will come a time when you find yourself in a new relationship and realize just how much that ex taught you about falling in love.

Written as a collaboration with Jonathon Geal.