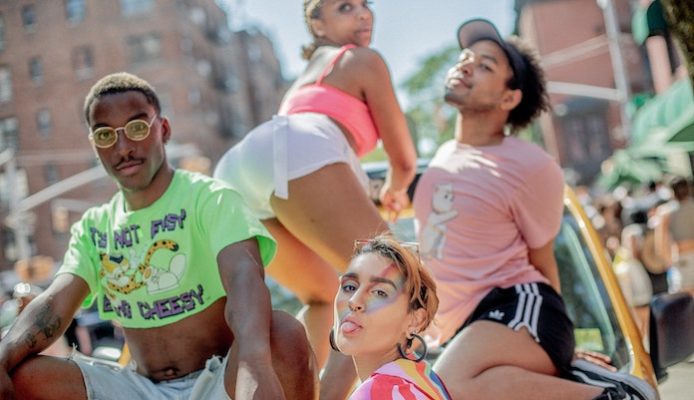 I went to my first pride event in summer 2019, shortly I had come out as bisexual on social media and privately to my close friends. My town’s pride organization was hosting its second annual pride festival that I attended.

I’d never seen so many colors in my life. I knew the pride symbol was rainbow, so it shouldn’t have been a surprise. But to see everyone together, laughing and drinking while wearing giant rainbow capes and openly out in a supportive environment was something I’d never seen. For the most part, I loved it.

However, I noticed something after I left the event. While there were so many colors there, black was not one of them.

Besides my brother and friend, there were no people of color there. A few friends did stop by later, but it wasn’t enough to make up for the vast whiteness that took up most of the space. I felt small, and unseen within this group of people where most did not look like me.

While I’m thankful that I have pride, and I’m thankful that my small, conservative southern town is celebrating it. I’m grateful to see that many organizations moved their pride festivals online due to the pandemic, as a way to still celebrate. I’m relieved that my friends are bringing light to issues of homophobia, transphobia, and all the forms of discrimination that our community faces every day. Advocacy is not just because we have pretty rainbows and talk about pride. There is always more work that needs to be done.

But life is different when you’re a person of color in the LGBTQ+ community. Being black is hard enough; and the same can be said for being queer.  But when you’re black and queer, suddenly your life looks a lot different than the white people you see at a majority of the pride celebrations.

When you’re black and queer, you notice details that others don’t. You see how homophobia and anti-queerness creep into everyday life, and how it’s mixed with the casual and violent racism you face every day. You’ll notice the self-hatred that many black people feel within the queer community because many of us are afraid to wear our queerness on top of our blackness. How trans women of color, particularly black trans women, are ruthlessly murdered on such a regular basis. You’ll run out of tears to cry in the morning, afternoon, and at night. You see these issues take place and then realize that this is because you’re at the intersection society has considered as some of the most dangerous people: black people who don’t conform to our gender roles, our sexuality, our very fragile sense of what is “acceptable” and what’s not.

I’m not only thinking about pride but also the recent mass police brutality, and the fact that many white people care about the property damage over lives. I think about the fact that I’ve had to unfriend people who don’t understand what’s going on. Somehow, I have to find a way to talk about both of these issues that threaten my very existence and livelihood.

We need to understand is that the struggles of marginalized people aren’t disconnected. Many have identities that cannot be separated from one another; they’re who we are. While discrimination against black and queer folks is not the same, it is not that different either. We’re all fighting for our right to simply exist without violence and retaliation from the world. We want to be seen and heard and simply want to live. We all want the same thing regardless of how are struggles differ, and it is because of that reason that I stand in solidarity for black and queer lives. It’s the reason I stand in solidarity for all lives.

I hope you’ll do the same.

Photo by Brian Kyed on Unsplash

4 Types Of Toxic Relationships You Need To Avoid

The History Behind 3 Classic Birthday Traditions