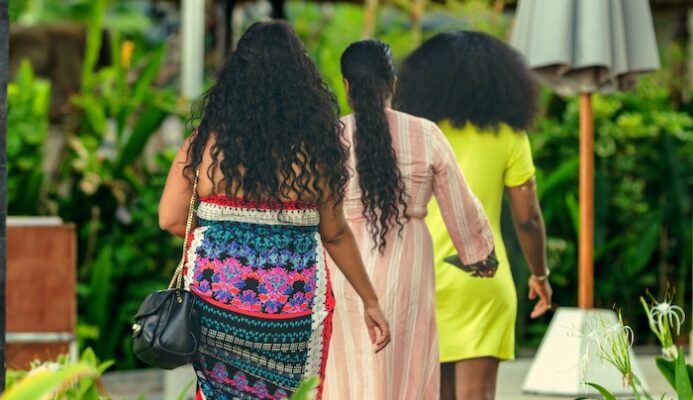 We live in a world where everyone, regardless of color, race, gender, or sexual identity, feels their rights are being infringed upon. Recently, there have been so many times when I’ve had to think through what I was going to say before I did. So many things are misinterpreted these days, even if it wasn’t that person’s intention.

I have a lot of friends, and about seventy-five percent of them are women of color. Because of that, I can relate to them about a lot of things since we’re all women. But there are still many things that I cannot understand because I am not a racial minority. However, I do possess curly hair like my friends and I identify as bisexual. I also never try to act that I have “personal privileges” because of my skin tone — because I don’t.

So I asked my girlfriends to tell me instances in their lives where they felt like they were not understood or when their life was just “assumed” as a person of color. Here is what they said.

Gabbie is mixed and married to an airman who is not a minority. However, Gabbie does not look “mixed” to most people. So things are said under the assumption that she will understand what they mean.

Before she met her husband, she’s been labeled as “exotic” and was also over-sexualized or fantasized about because of her complexion. Her hair is as curly as mine, if not more. But she is still told it’s not professional-looking enough when at work.

Ariel has been a long-time friend of mine. She’s part Hispanic, but you wouldn’t know that unless you saw her family. This is because her skin color is “deceiving” to some. She even mentioned that her fully Hispanic mother tries to deny her heritage, saying she shouldn’t act Hispanic.

Because of that, her mother never taught Ariel Spanish growing up. So she’s envious that her half or full siblings know more due to being in another household where it’s spoken constantly. She described herself as the “black sheep” of the family because of her looks. She also said that she’s treated differently within her family since she “doesn’t fit the mold” for being Hispanic.

Taylor, who is a black single mother, is one of my closest friends. We’ve known each other for well over ten years, and growing up, we definitely learned that we had moms who had different “parenting” styles.

Taylor is one of those friends who you could ask something to get her honest opinion on a situation. I know that I can always go to her when it comes to topics about people of color and get a better understanding of why something is the way it is.

Sydney is a friend of mine I met in college. She told me that mental health isn’t as discussed in black families as compared to white families. The words “independent black woman” were used to describe her predicament when she has told someone she needed to seek help.

Mental health is a huge topic that needs to be discussed, regardless of who you are. But, unfortunately, that’s not always the case.

I believe it’s healthy to have friends from all different walks of life. Although we may not fully understand everything that someone goes through, being there for them means more than we’ll ever know.

I enjoy having friends who are “minorities” in many categories. It enables me to see that not everything is literally black or white. Everyone brings something to the table, and it’s time we started respecting and appreciating that a little bit more.

Photo by Artem Beliaikin on Unsplash