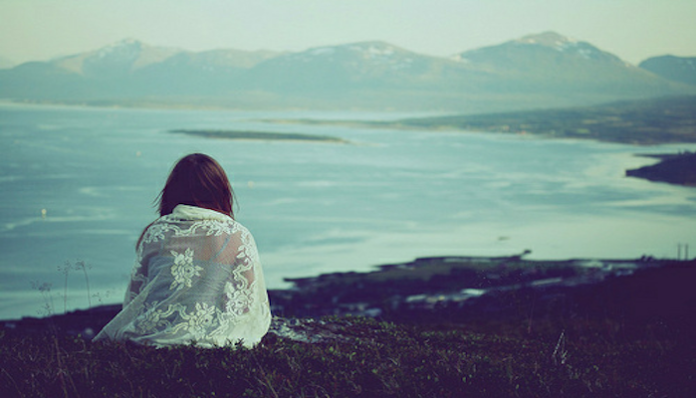 Growing up, I have encountered people who have been unpleasant to me through all points of my life. Girls my age when I was in grade school to high school, and even those who were much older and considered to be of “authority.” I have had my fair share of people who have treated me unfairly, which is probably why I have an affinity for the “underdogs.”

I went to a super conservative school. I remember one day, I was called into the principal’s office, which was odd to me. I do not remember doing anything wrong particularly that day, and I had good grades. So I had no idea what was up.

“I’ve observed that you have been living a liberated lifestyle,” my principal proclaimed to me. I was a new student that year so I’m not exactly sure how she came to that conclusion. My 14-year-old self could not fight back. My 14-year-old self also felt low about herself that day. Most of the people I went to school with belonged to the nuclear family category, sociologically. Meaning, they had both a mother and a father present in their household. My 14-year-old self also tried to rack my brain as to try to figure out why she said that to me. She asked what my home situation looked like. At the time, I was living with my dad, and my mom was in the US, and they were separated. So that was it. Right. I didn’t fit the bill of what a “normal” household looked like. I was a typical teenager, I know that for sure. But, I did not do anything out of the norm.

Another time, I was told by a friend, that our other friend’s mom had said to him that I looked “experienced.” I was 14 years old at the time. How can a parent, much less an adult make a comment like that about someone who was her own daughter’s age? I’m still not sure to this day what she meant by that. That I looked like a slut? Who knows. Young or old, people can be malicious and vicious for no reason at all. Words hurt.

So I made two conclusions in my head the day the principal called me into her office: the first was to never ever send my kids to a school where their personal lives can be questioned by such “high authorities.” I would never want my daughters or sons to be treated in such a way that they would have to question themselves as human beings. Secondly, to never judge people unless I have walked in their shoes and know what it’s like exactly to be them.

But, it is human nature to judge.

People have been driving me off the wall lately. Specifically, on social media. I have seen the crass, ignorant, and intolerant comments made by bullies towards other people disguised in light humor.

Case in point: Charice Pempengco is a singing sensation who rose to international fame from the Philippines. She starred as Sunshine Corazon on the hit show, “Glee.” Recently, she came out as transgender. It was such a hot issue that I had seen the conversations about him on my social media for weeks. He now goes by Jake Cyrus. On one hand, I saw the slew of loving support that people had for him because they loved him. The latter? Not so much. Other comments condemned him. “You are wasting away by doing this, such a shame,” “Your name sounds so douchey,” and finally, “he looks like a piece of sh*t.”

As of late, I have seen comments of people attacking another young actress for living with her boyfriend while not married. “Make something out of yourself first before you slut around,” one comment read. REALLY? was the only thing going on in my head.

There have been so many times wherein I wanted to say something back simply for the fact that they were plastering my social media with such negative bullshit that it started to piss me off. I didn’t want their negative aura on my feed.

But here is the thing, I choose not to liken my actions to the actions of bullies who pick fights via social media.

Which is why, instead of addressing the aforementioned, I would like to address and write an open letter to those who have ever fallen victim or prey to bullies.

My message is this: You are beautiful. You are worth it. You are strong. You do not need to fall or adhere to society’s mold and constraints. Love yourself because it is only when you love yourself that you truly find your true self-worth, and when you do, when you do find your self-worth, you become untouchable to every single hurtful thing or word that has ever been or will be said to you because you will know better. You will know better to believe in yourself first, rather than a negative jab that was meant for you to feel bad about yourself. You become a warrior; a warrior for yourself and for those who have been untreated unjust. And therein lies great beauty, strength, resiliency, and power.

In the powerful words of Eleanor Roosevelt, “No one can make you feel inferior without your consent.”

If you catch yourself reading this and may be one of those bullies I have described, I am not judging you… well, maybe a little. Everyone is entitled to their own opinion, true. But I am simply going to leave you with this: Knowledge is power. Educate yourself to gain a better understanding of issues/people/places/things before formulating opinions that can potentially make a powerful impact upon society. Upon someone.

In conclusion, I would like to personally point out that I am one of those individuals who stand alongside the likes of Jake Cyrus, the young actress and to those who have ever fallen prey to bullying. This piece is for you.

Featured Image via We Heart It

Here’s The Kick In The Ass You Need In Order To...