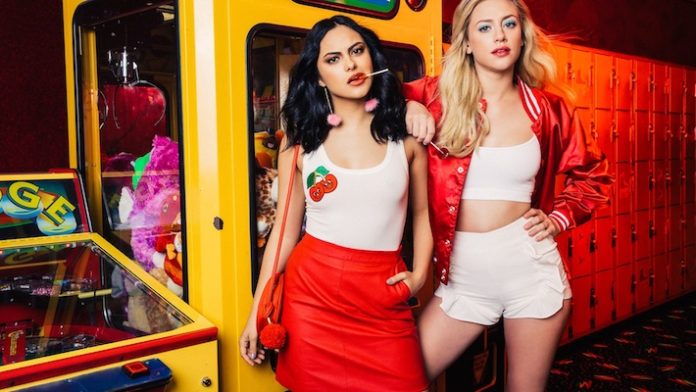 If you still haven’t watched Riverdale (warning: spoilers ahead!), you should definitely give this show a chance! When I first started watching the show I didn’t know what to expect from it. I thought it was a mix between Pretty Little Liars and Gossip Girl, so I was definitely not excited about the possibility of the plot dragging on and on without providing us with some real answers. But as the season will soon come to an end I can definitely say that the show has developed in its own special way. The characters all formed unique personalities that are relatable, and I must admit that I even have a tiny crush on the brooding Cole Sprouse now. Not only are the characters amazing but also the chemistry between them is great. The one big difference between the show and the original comics is that the Betty-Archie-Veronica love triangle got squashed right from the start. These two strong and powerful characters are amazing together and give us all some serious best friend goals. Here are seven ways in which Betty and Veronica are a perfect BFF pair.

In the original comic book series, Archie was the pinnacle of the love triangle between these three. However, in the show, things took a different turn. I love the fact that the main drama is not the fight for the same love interest because in reality there really is so much more to life than just getting with a guy.

Veronica got Betty to try out for the cheerleading team, something poor Betty had been dreaming of for a while. Support is definitely an integral part of friendship and these two nailed it. Even though Veronica is seen as the feistier one, it rubs off on Betty in a good way.

When Veronica gets slut-shamed on social media by that shallow jock, Chuck Clayton, Betty is by her side in order to teach that jerk a lesson. Even though it might have been intimidating to go against the most popular kids at school, this duo made it their mission to expose the football team for good and defend all the girls whose reputation was wrongly stained.

All of us come with baggage, our families are all different, and we all come home to different situations. Using someone else’s past or the past of their parents is never a good idea, and these two girls definitely know that. Betty doesn’t give Veronica a hard time about her past, which a lot of people at the school were tempted to do because that’s what true friends do.

It’s easy to put on a show and say that you forgive someone when in reality you can hold a grudge against them. These two girls, however, can really forgive each other because they understand how much their friendship is worth and that everyone can make mistakes.

Veronica is never shy about her feelings, and she says it how it is. Even though Betty used to keep things inside, Veronica has had a great impact on how much stronger and vocal Betty has gotten over the season.

They don’t criticize each other’s ideas or plans, they support each other in any way that they can. That’s what real friendship should be about. If your friend is passionate about something you should back her/him up no matter how crazy the idea is because we all need support in our lives.

These two characters are two independent and powerful women and I love that the show really fleshed out their personalities instead of making Veronica a materialistic bitch and Betty as just another girl-next-door. Betty and Veronica developed a beautiful friendship that we can all learn from ourselves.

How To Create A Vision Board For 2021 That Actually Works