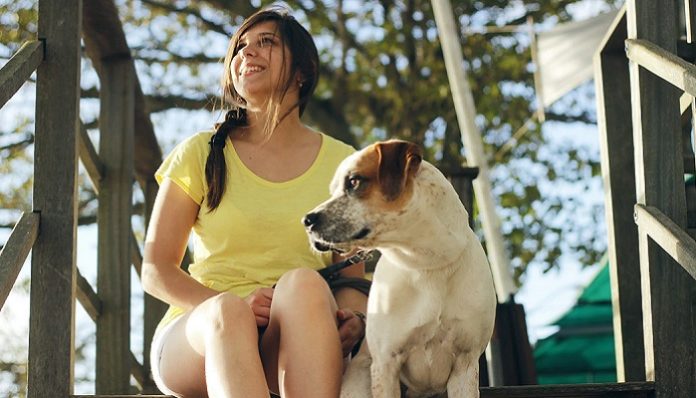 The laws of nature dictate that a male should pursue a female, not the other way around. If you find yourself in a situation where you are doing the chasing, then all signs say he is NOT the guy for you. These generalized statements about men are about a specific type of men: Jerks that require women to chase after them for some ego-boosting attention. The only man you should ever be chasing is a dog, and here’s why:

Think of a dog as a gym membership.

Let’s face it – chasing after your dog will be the best workout you have ever had. Unless you have a wiener dog, your dog is going to outrun you, and every idiot that you have dated. Keeping up with that furry little friend is going to keep you in better shape than running after an idiot who will not only have you chasing after him, he will have you chasing shots with all the confusing mind games he is playing. Working out always beats a trip to Taco Bell to nurse that hangover.

Puppy butts are cuter than a man’s rear end.

Unless you are running after that fine piece of country butt Luke Bryan, you have nothing really to look at other than the idiot you are chasing after. Before you know it, you are going to trip and fall into shark-infested water, because this man you are chasing is going to have you going through an obstacle course like on Survivor to see what you will do for him while he’s giving you nothing in return.

Even if you give your dog a dreaded bath, he is the happiest little devil after because he still gets to be with you – no treats or play time necessary. If the man you are chasing requires you to come to him topless with food in one hand and a beverage in the other to make him happy, he is not the man for you. There should be no checklist of what is needed to make a man happy – you should be enough to make him happy. With that being said, your dog thinks you are always enough!

A dog is always fighting for your attention, while the man you are chasing is swiping on Tinder to see what girl he can get to chase him next.

Dogs and men are similar in this case – always wanting attention – but a dog is simple and just wants your attention. A man wants to have the attention of multiple women to overcompensate for his shortcomings in the bedroom. You do not want that kind of attention from a man, so stop chasing him and give that extra attention to a little furball.

You only have to call a dog once and they come running.

A man you can call, text, email, Snapchat, Tweet, Facebook, and you may be lucky if they send a message back saying, “Hey, sorry I just saw you called me two weeks ago.” If you physically have to stand completely naked in front of a man to grab his attention, he is not the guy for you. Watch He’s Just Not That Into You again, but this time take notes if you must to get that message through your pretty head.

Your dog is never going to lie to you.

The man you are trotting after probably just lied about what he had for lunch today. A dog is never going to say he spent the night at his friend’s house when in reality he was getting himself a new girlfriend at the dive bar down the street and spent the night with her in his mom’s basement (because that is where he still lives). Invest in someone who could never possibly lie to you, aka a dog. He may steal your lunch from you, but he will never deny it.

Dogs will never cheat on you.

Your dog is never going to come to you and say that he needs to make an appearance on Maury because he may be a baby daddy. A man you have to chase is like the game of Monopoly; he is never going to put all of his money down on your property, because he wants to have options to move his “piece” around. You are Boardwalk and he is still dipping into the ghetto of Baltic Avenue.

Your dog will add years to your life.

This man you are chasing will give you nothing but puffy eyes and a massive waistline. A dog is simple and to the point – I want your love, I want your attention, and I want to be around you, while keeping you laughing and making you feel loved. If a man is not acting the same way with you, tell him adiós! Your pup will always show you the love you deserve until the right man shows up, and then you will have two men to share that love with!

If he wants to be with you he will make it known; there will be no questioning it. As disappointing as it may be to come to this realization, it’s much better off to realize it before you have run the full marathon and at the finish line all you have is a broken heart and a massive hangover. Lace up your running shoes and go for a run with your dog, because you are done chasing after a man who doesn’t realize how simply fabulous you truly are!