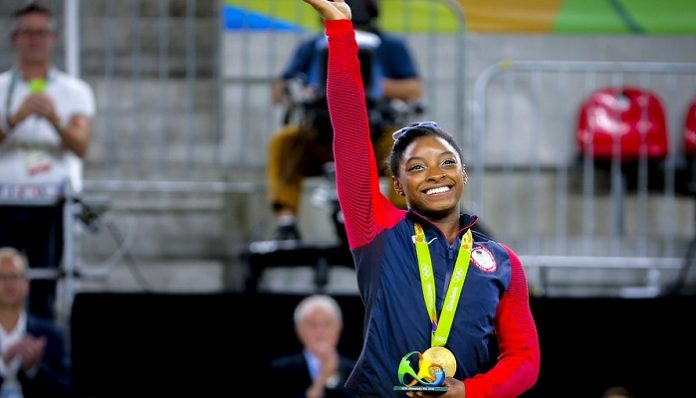 America is crying! The world is so distraught! How could the untouchable Simone Biles, American gymnast in the final five, not get a gold medal!?

Because rules are rules and some are not made for breaking. Biles lost her balance during today’s beam competition and her hand touched the beam. This is the biggest no-no in the gymnastics world. Even a close call by Team USA’s Aly Raisman earlier in the Olympic Games, cost Raisman major points but still got her in the final where she went on to win silver.

Biles has been flipping and tumbling her way to the top for years now. As the winner of all world championships this year, she went to Rio with the knowledge that she would win there too. Believe me, she is still winning, but a bronze medal isn’t exactly a gold medal.

With 4 golds already around her neck, everyone thought she was a shoe-in for another in the beam competition where she competed with other final five member, Laurie Hernandez. Hernandez took the silver but after Biles hand touched the beam, it was the Netherlands Sanne Wever who took gold.

Biles, turns out, does make mistakes. It’s a good lesson for all of us to be reminded of. Catch her next event Tuesday, and hopefully she’ll be back in 4 years for revenge!