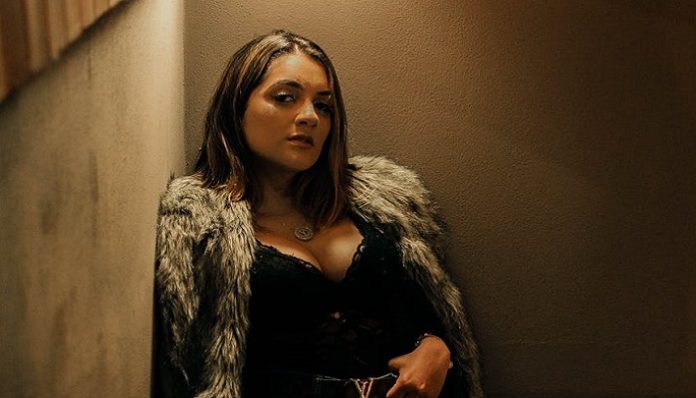 A hint. A suggestion that hopes to lead someone in a certain direction, without being too forward about it. Perhaps you use hints while hoping that by nudging at someone’s discomfort or lack of interest, they might leave you be without creating an awkward scenario.

Imagine you’re out with your friends at the club, and the greasiest, sleaziest guy came walking over trying to dance with you (a common event no doubt, I’ve watched it happen). Rather than straight up tell the guy no, you side step his advances, grab a guy friend to dance with, don’t look him in the eye. You’re hoping that he will in turn leave you alone, but nope, he keeps on coming! To be honest, after that many hints, you’d think it’d work, right? I mean, it’s obvious for everyone in the bar to see you’re not into him. But for this guy…the truth is, he knows, and he just doesn’t want to believe it.

There are some guys out there that are so overly confident in themselves, that they simply can’t imagine that you wouldn’t be interested in them. Even after receiving hint, after hint, after hint; he thinks you’re just playing a game to win his affection. He believes that if you gave him the time to get to know him that you would change your mind, and fall madly in love with him. These guys WILL NOT TAKE HINTS as a no. You need to literally turn and say, you’re not interested. As weird as it may seem, he may be slightly grateful for your honesty because now he doesn’t have to waste more time trying to convince you that you’d really like him, while uncomfortably rubbing himself on you in a gross, sweaty bar.

Instead, he will search for the next lady to “bless with his presence.” These guys annoy me to NO end; it’s weird to watch, awkward to be a part of, and leaves anyone in the area feeling slightly uncomfortable, but ladies – they exist, and you need to be aware.

With that in mind, these are not the only guys you may encounter at the bar, and are definitely not the only ones that may miss some of your hints. The other type of guy that isn’t understanding your hints, is the guy you may have accidentally, or deliberately, led on. The amount of times I have gone to the bars and watched my female friends lead on a guy in order to get a free drink is astounding, ALL FOR A FREE DRINK!? Toying with this poor guy’s heart for a $5 drink, is just cruel. I myself will rarely buy a girl a drink now, simply because I have seen the devious ways that some of you ladies are likely snickering about right now.

So they hit on the guy, laugh at his jokes, and get him to buy them fancy martinis, and probably their friend’s drinks as well. Then bail to the dance floor and hope he doesn’t find them. This guy, will DEFINITELY be confused by you simply “hinting” that you aren’t interested. Here’s a group of ladies, who singled out this guy, got him to spend his money, and then ran back to the dance floor and is now turning their backs to him? This must be a game they’re playing, there is no way they would just hit on him for free drinks, because that would be RUDE!

In this case, again, you may have to own your previous decisions and tell the guy that you either, aren’t interested, or have a boyfriend. But please be aware, the boyfriend card is risky. Some guys honestly will not think twice about that, which is messed up, but again, it happens. Guys, imagine your girlfriend at the bar, and she tells an impeding guy she has a boyfriend, and he doesn’t care…you’d want to hit him…I’d want to hit him! So, the moral of that story, DON’T BE THAT GUY! It’s simple. As for the ladies…

STOP CHATTING UP GUYS AT THE BAR IN ORDER TO GET FREE DRINKS! It’s so mischievous and evil, yep, that’s right, straight up EVIL!

To wrap up this whole ordeal, the reason most guys are not understanding your “hints” is that they either believe themselves to be a God, or have been led to believe you do actually have an interest in them. Either way, the simplest way to get these guys to stop lusting over you, is to be straight up. Hoping these guys will finally understand your hints, is a long shot; if they didn’t understand the first one, odds are they won’t pick up on any of them. Play your cards wisely, honesty can be really cool for both parties.

For The Moments You Are In Desperate Need Of Motivation