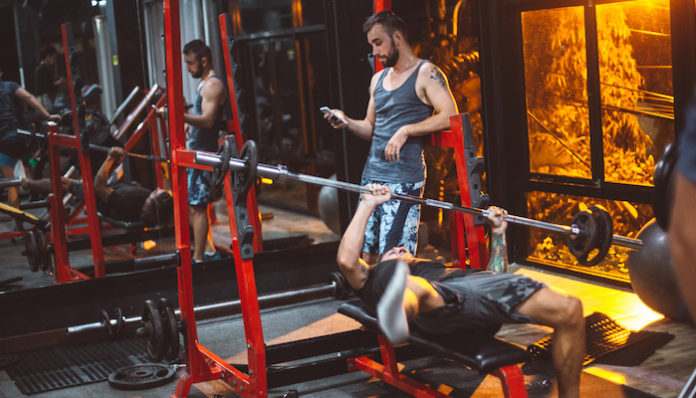 During times of self-doubt and self-pity, we often turn to dating apps for that confidence boost or validation we crave. But just because we swipe until our heart’s content doesn’t mean we will ever find what you’re looking for.

I feel like it’s really common for people to join dating apps with no real intention of pursuing anyone. Instead, they only want the matches to make themselves feel better or validate whatever boost they needed. It’s totally flattering when you match with hot people, so I don’t blame our generation enjoying that feeling. But a new study just proved how common it is.

Back in October, an MTV News & MTV Insights study found that 61% of respondents between ages 18 and 29 were more interested in discovering who found them attractive than actually dating them. Additionally, 30% of dating app users prefer casual dating for the short-term ego boost and 42% want a long-term relationship.

Some find the attention they receive on dating apps just as thrilling as receiving comments on Instagram selfies. The positive feedback temporarily eases all feelings of insecurities and self-doubt and improves our self-confidence and worth.

Dating sprees are also becoming more common as people aren’t taking dating overly seriously anymore. It’s as though they want to see how many people they can go on a date with rather than finding someone who is a genuinely good match with them.

But why do we do it so often? Because it’s quick, easy and accessible.

There’s nothing wrong with wondering what or who you can attract. We all enjoy someone wanting us; that’s not selfish. But the problem lies with people who search for validation from other people instead of within themselves.

The study also found that 43% of people swiped right on someone they felt no attraction to. Also, 39% talked to someone they had no intention of meeting in person. This leads to false hopes and deception, not to mention bruised egos (obviously).

Purchasing Tinder Gold isn’t always the answer either. Yes, it can definitely help a bruised ego, but it can also cause a lot of damage too if the results aren’t what you envisioned.

This study about dating apps proves that most people care more about finding validation than falling in love.

Using apps as a confidence boost isn’t always the best way since those feelings of affirmation are only temporary. Once the matches stop talking to you or aren’t appearing as frequently as they used to it potentially leads to more of an emotional distance from the real issue at hand. Insecurities about dating and romantic relationships can only be controlled for so long until they crumble.

It’s extremely unhealthy when people rely on messages or matches to dictate their self-worth. The opinions of others mean too much to people and it internally destroys them piece by piece over time. As a generation, we need to take our time healing from old wounds and help build ourselves before we seek a band-aid to cover up old insecurities in hopes it makes you feel better long term.

Develop a sense of what it means for yourself to be worthy and successful on your own scale. Create your own value system and work on yourself first. Set small goals for yourself to complete and be proud of, that will help start self-compassion. That way when the time comes for finding a new partner you’ll be more aware than distracted.

Over time you will discover you are worthy. Remember, Tinder or Bumble matches don’t make you beautiful. Your passion, life experiences, goals and personality do. You are the only person in this world who can truly make you feel loved, valuable and wanted— so give yourself a pat on the back. You deserve it.

The 4 Stages Of Grocery Shopping In Your 20s