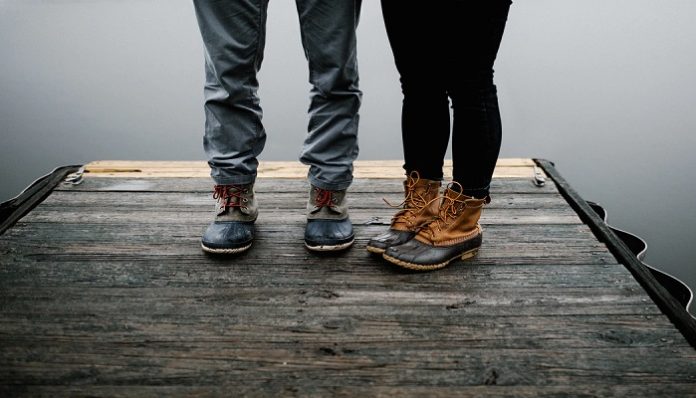 Communication. One of the most overused words in the vocabulary of a boyfriend or a girlfriend. After all, when it comes to relationships, it seems as though communication is key to having a successful one. But the lines are often blurred, and the interpretation of this necessary and needed concept shifts to something all newly christened girlfriends fear the most – nagging.

Girls are known for over-analyzing, and having to talk about everything. It’s stitched into our DNA and, when a problem arises, we have to address it in order to move on and feel better about, not only the current status of our relationship, but also ourselves. Still, the issue that most girls face today is two-fold:

This is a problem. On the one hand, picking and choosing your battles is smart. You don’t want to be the girl who yells or starts a fight with her boyfriend over silly things that ultimately, don’t matter. Yet, at the same time, you shouldn’t let the small things fester into a bigger thing. Mix a little bit of alcohol, a little bit of pride, and a little bit of resentment and, viola, you’ve got yourself a big, bad, blown out of proportion problem that – guaranteed – will blow up in everyone’s faces.

So, what do we do? We can’t complain about everything that bothers us because then we turn into the nagging girlfriend we’ve been trying so hard to avoid. But we also can’t not complain about everything that bothers us because it’ll eventually come back to bite us in the butt. It’s a double-edged sword and it has hit the hearts of many couples, ending their relationships for good.

The key to any successful relationship is honesty. After all, he can’t read your mind and you can’t read his either. If something is really bothering you and making you upset, it is important to address it, right away. Of course, don’t do this drunk, or in the middle of a party. Tension will already rise from that alone so, instead, take him aside when the two of you are sober, alone, and able to discuss what’s on both of your minds. There’s no point in avoiding a discussion just because you are afraid of appearing needy. If anything, your boyfriend will appreciate you approaching him at the right time, and in the right setting.

Miscommunications happen all of the time in relationships, especially ones that are just starting off. The only way to overcome the bumps in the road, is to smooth them out from the start. As long as you approach it in a fair way and in the right setting, it should not matter what the actual issue is, or why you’re upset about it. Chances are, he’s going to care about what you have to say, and who knows maybe you’ll find out something that has been bothering him too.

How To Start Dating Again After Getting Your Heart Broken

10 Adorable Tiny Houses That You’ll Want To Live In Right...