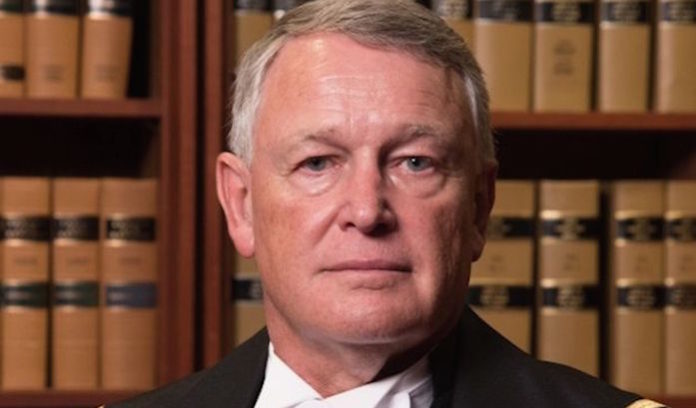 A 2014 rape case is making waves in headlines today. The sexual assault happened at a house party over a bathroom sink. Rather than looking into the assailant or victim, this resurgence in the case is due to the judge. Judge Robin Camp is being investigated for asking the 19 year old victim,

“Why couldn’t you just keep your knees together?”

He continued to ask her why she did not “skew her pelvis or push her bottom to the sink to avoid penetration?”

He has been put into a judicial council hearing to determine whether or not he can continue as a judge.

As if we did not have enough problems in society, on a daily basis we hear stories such as the one above. Rape victims are afraid to reach out for help because of the possibility of their name being slandered all over the courtroom. They are forced to relive the memory of the rape over and over again by having to tell the police, lawyers, judges and anyone else who must know in order for the case to be brought to court. When they do tell their story, most people have little sympathy for the victim but rather see the perpetrator as the victim. Lawyers will do anything to discredit you, including bringing up your sex life, how you dress, whether or not you are “pretty” or even state that you really wanted it because you didn’t fight back.

Because NONE of those things give consent.

I should be able to say “no” without any questions asked.

Not only was it implied that the victim wanted to be raped, Judge Camp also wants to make sure no more victims come from this. The accused rapist was acquitted on the charges related to case, but that verdict was overturned on appeal and there will be a new trial in November. The judge has since apologized for his comments on the case.

Oh and remember this other piece of knowledge that Judge Camp dropped as you go about your business this week;

“Young women want to have sex, particularly if they’re drunk. Some sex and pain sometimes go together. And that’s not necessarily a bad thing.”

How To Make Your Hair Care Routine More Sustainable

I’m A Single Mom, And Sometimes I Just Want A Shoulder To Cry On