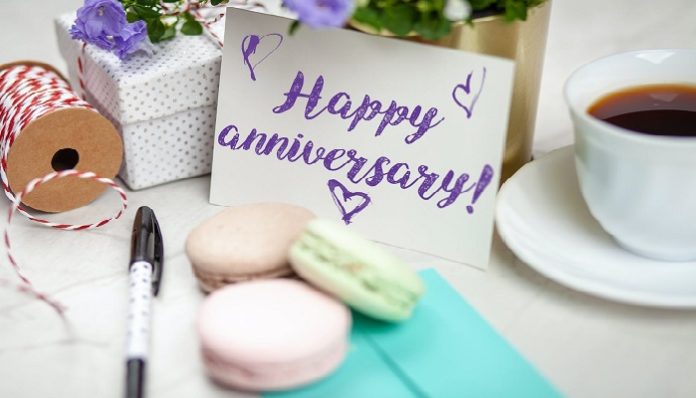 If you’re anything like me, you love a reason to celebrate. Landed a job? A congratulatory dinner (preferably something loaded with cheese) is in order. It’s your birthday? Let’s rent out a room at a sketchy Chinese karaoke bar (I speak from personal experience here). Just made it through the week without having a giant mental breakdown? Wine night, without a doubt.

So, as you might imagine, anniversaries are like my Christmases. Literally, I get giddy like a kid running downstairs at 7 AM to look at all the presents Santa brought.

My boyfriend and I have been together for almost two years and counting. There have been plenty of nights spent cuddling on the leather couch in my living room (the kind you get stuck to when you sit for too long), homemade plates of nachos, joy rides in his Chevy, and obviously, a fair share of stupid fights (sorry, thanks for still loving me).

Our one-year anniversary was nothing short of perfect. The secret? Recreating our first date. Do it. Seriously. It may sound corny, but sometimes a little corny is good. When you’ve been with someone for that long, it’s nice to go back to where it all began, to remind you both of where you started and how far you’ve come as a couple.

In my case, recreating our first date meant driving a half an hour out to a “haunted hayride” type of deal on October 11th. Nothing screams romance like hot chocolate, fall weather, and scary costumed men running at you with a chainsaw, right? Given that I’m the most easily scared female in the world, the night lent itself to a lot of hand-holding, as I flinched at every single noise and movement on the farm.

I live now to tell the tale, so don’t worry. We spent the rest of the night parked a little ways away from the farm, listening to music intermingling with the sounds of nature coming to life after dark. We sang, we danced, and we remembered what it was like to be two friends-turned-something-way-more. It all started with those five little words that had hung like a question in the air: “will you be my girlfriend?”

So, take it from me: recreating your first date can be a totally simple (yet magical) way to celebrate your landmark, whether it be 6 months, a year, two years, or five. If you’d rather, choose another event or time that was significant to you two and go from there. The first date tends to be a pretty solid option, though, I promise. You can never go wrong with it; after all, what’s more romantic than feeling those just-starting-out butterflies again? It can even bring you two closer as a couple, on top of just being a fun way to spend your evening.

If you try out this idea, I’d love to hear about your experience in the comments below. Here’s to many more celebrations and even more anniversaries!

Featured image via giftpundits.com on Pexels

7 Reasons Flying Is Torture That You Have To Pay For