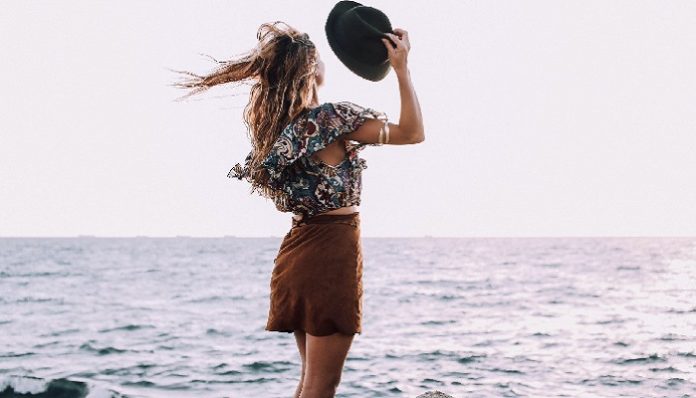 The last conversation we had was about homework.

When I say it was painfully normal, I can’t emphasize it enough. Late Sunday night, the typical “what’s up,” “nothing, homework, you?” conversation you’ve had a million times. Little did I know that it was the last conversation we would have and within 24 hours my life would turn to shambles.

The term “ghosted” is defined as the act of essentially vanishing into thin air without explanation.

Think of it as the infinite silent treatment or the ultimate “f*ck you.” Typically, this happens when the guy you’ve been casually hooking up with gets scared of commitment or the girl realizes she’s just not that into him anymore once the initial spark has worn off. It doesn’t usually happen with someone you’ve been dating for 3 ½ years.

The first day that went by afterward, I thought he had lost his phone. By the end of the second day, I began to worry. After five phone calls, three voicemails, countless texts, and a long email, I thought he was really hurt. On the fourth day, I desperately called his roommate, and when I found out he was fine, talking, breathing, alive, I couldn’t even remember the 5th day. I don’t even think I left my bed.

The funny thing about being ghosted is not the shock; it’s the lengths you’ll go to rationalize it. I would bargain with myself about how many days would go by before he would reach out or if I figured out the right thing to say, it would convince him to give me an explanation.

I went through the stereotypical “breakup feelings,” with everything from bitter anger to overwhelming sadness. I rebounded, I cried, I got drunk, and then cried some more. Closure was a foreign concept for a long time because I couldn’t possibly imagine closing a chapter without knowing what happened in the last 20 pages. How was I supposed to move on without ever knowing what happened? I couldn’t even imagine loving someone again after the abrupt ending to my last love story. Eventually, I stopped incessantly contacting him, yet I still tried to get answers from time to time. But after two months of convincing myself “I was fine,” it had led to a major breakdown, and it wasn’t until then that I decided not to reach out anymore.

He wasn’t coming back.

From society’s standards, I’ve moved on. I’m dating someone new; I’ve fallen in love again. It was hard to trust someone again, but after one person left me so empty, it was beautiful that someone could make me feel so full again.

Every once in awhile, he’ll pop into my head and I’ll still get extremely angry. I’ll smell my old perfume and feel like sobbing until I can’t breathe. I still ask myself how could this happen to me, WHY did this happen to me? I’m surprised that I occasionally still miss the person he used to be, after a year of silence.

When I tell people this story, their first reaction is disbelief and their second is conviction that he’ll come back one day. But I don’t expect him to. If you’re waiting for the silver lining or some cliché breakup advice, I’m sorry I can’t give it to you. It’s hard to believe that there’s a reason I went through excruciating pain like that.

But I can tell you that being at your lowest point makes you appreciate sunshine more. And that feeling emotionally hollow creates more space for you to be happy again. Hindsight is always 20/20 and sometimes your first love is overrated. Hold onto the good and work through the bad. Because eventually, you do start to feel better. In time, you learn to let go.

**At one point, I would have given anything to have answers, but now I rather not relive the past. I’ve chosen to write this anonymously because I wanted to tell this story, not expose those involved.

Why I Am Actually Thankful That You Broke My Heart