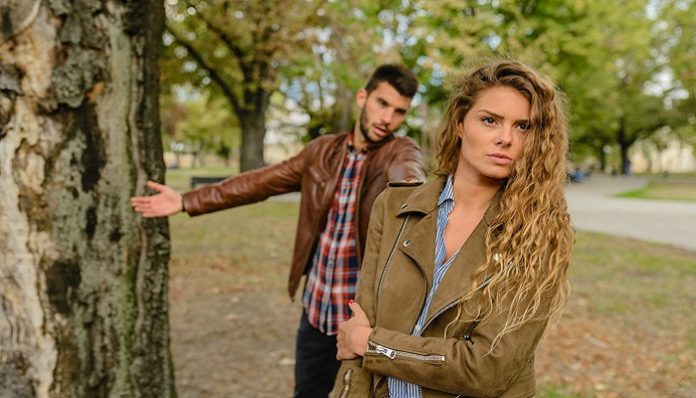 It’s the never-ending story of boys saying whatever they want and never realizing the consequences. Did he say something romantic at a time where he shouldn’t have? He probably didn’t mean it. Or maybe he said something excruciatingly mean during a drunken argument. Probably didn’t mean that either.

Sometimes, boys will say thing that they don’t realize make girls mad. How crazy does it make you when boys say these things?

Puh-lease. Sorry but you definitely said something that probably didn’t make sense or was super offensive. Sometimes women aren’t always as sweet as can be!

Girls are accused of saying this too much but have you ever talked to a boy? Have you ever upset them in even the slightest bit? You’re bound to hear this…and then receive the silent treatment.

Stop. Just stop. We are no longer in seventh grade. If that’s the best you got, move along please.

Ding ding ding, we have a winner! Sometimes (read: all of the time) women have brains that work and such. I know that can be hard to understand sometimes though.

Most likely, I don’t even know what I want from you so you really shouldn’t be asking this. Shouldn’t you just know the answer?

Well yes, I do. But the issue is I’ve already showered, I have no bra on, and I’m stuffing my face with popcorn watching reruns of One Tree Hill. Try again another time please.

First of all, you’re definitely wrong. Secondly, if that’s what you’re going to say to me, I’m going to turn around, walk the other way, and you’ll never see me again. Bye Felicia.

Lol OK no. Working out for two hours a day gives me a break from people like you.

To all the girls out there that have to deal with this daily, I have one last Leslie Knope gif for you.