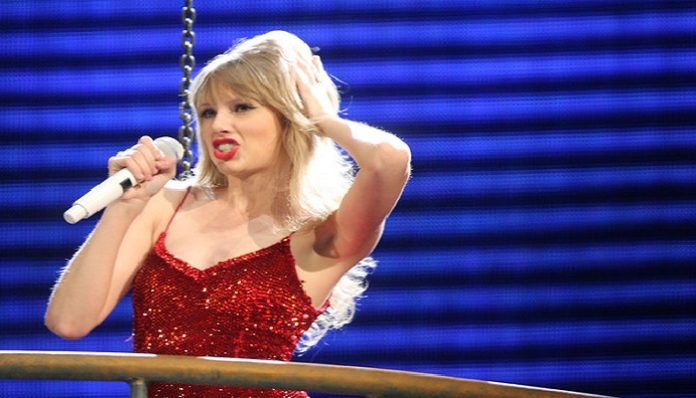 MTV gave us a break from binge-watching Catfish to show the annual VMA awards show last night. While the commercials advertising it were probably more scandalous than the show itself, there are always some “holy shit” moments during the VMA’s which makes the show totally worth watching. Here are some of the good, the bad, and the ugly moments of the ever-infamous VMA’s.

1. Taylor Swift and Nicki Minaj singing together for the opening act

Nicki came out with a big headdress and even a bigger performance as she opened for the VMA’s. There was a major plot twist with Taylor Swift showing up mid performance to accompany the anaconda-loving Minaj. *Yup, I swear.* While they hugged after and acted like their celebrity-life problems were over, we all know it wasn’t. They looked like those girls that are forced to hug each other after they get into a fight so they don’t get arrested. So let’s be honest girls, you aren’t fooling anyone.

2. Nicki calling out Miley and Miley calling back

Right after Nicki “makes up” with T-Swift, she gives us all what we really wanted, a fight. After she thanks her pastor, she calls out Miley for talking about her in the press. Miley then shot back with a little passive-aggressive zinger on how Nicki needs to know how to lose gracefully and that awards are just awards and nothing more. Nicki then called her a bitch and Miley awkwardly summed up before MTV left us with our mouths open asking our roommates “did that just happen!?” All I can say is…WHAT WOULD YOUR PASTOR SAY NICKI?!

3. Biebs cried and America cried with him

Justin Bieber gave us more than just an excellent haircut last night as he performed for the first time in 5 years. *Yes, we’re really that old.* During his bad-ass performance – where he danced in ways I didn’t even know a body could move – he FLEW IN THE AIR LIKE PETER FREAKING PAN. After that, he proceeded to cry. Seriously, ugly cry the way we cry when we realize how much we spent at the bar the night before. It’s okay Biebs, we feel your pain.

We’re still cool for the summer but not for your performance, sorry Demi. As soon as she started singing me and my roommates all looked at each other with the “what the hell is this?!” face. While I’m tone deaf and have absolutely no musical talents, even I knew that performance was bad. And then Iggy Azalea comes on the stage? Excuse me, what?

5. All the police jokes

While some of the performances may have confused us, the VMA’s clearly let us know how they feel about the police that’s for sure. The VMA’s were riddled with shots – pun intended – at police brutality. Whether it was Rebel Wilson with her “F*ck the Stripper Police” t-shirt, or the Ouija board spelling out L-A-P-D (L.A.P.D., Los Angeles Police Department for everyone out there), when Miley asked who killed Biggie. The VMA’s took the opportunity to *ever so subtly* speak about police brutality. Whether or not it was in good taste? Debatable.

Along with the “Imma let you finish” speech, I can guarantee that his recent “acceptance” speech will be making history for all the wrong reason…again. Remember in class when you had to give a presentation and you thought you could just wing it and everything turned out absolutely 100% horrible? That was Kayne West when he attempted to talk about life when receiving the Vanguard award. What would an awards show be without Kayne West talking about Kayne West hating on awards for Kayne West? Here’s what I got from it: Kayne hates award shows, Kayne thinks he is a millennial, Kayne says “BRUH” a lot, and Kayne is running for president in 2020. Go home, Kayne, you’re drunk.

Miley Cyrus hosted the entire show and performed at the end, but c’mon, someone needs to talk to this girl. While she attempted to make jokes – that no one really laughed at – and show us her boob, *shocker*, Miley Cyrus has worn out her entire “look at me I don’t care about anything” lifestyle. Like we get it, you smoke weed. So does all of Colorado.

Overall the VMA’s gave us some things to talk about and probably spiced up our Sunday night, but MTV seriously needs to do some rethinking on hosting, performances, and basically whether or not to invite Kayne West to anything anymore.

But Imma let you finish, MTV…

The Hard Truth About Watching Someone You Love Spiral