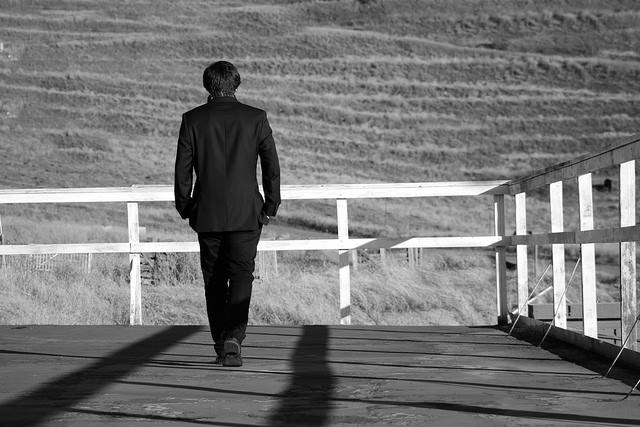 Tis’ that dreadful time of the year once again, Break-Up Season. I know what you’re all thinking, “Bae and I will never end.” Aw, so precious, yet so naïve and oblivious (Side note: Stop with the Bae nonsense). Allow me to offer some perspective. If you really believe you’ve met “The One,” at 20-something years of age, you are in for a rude awakening. For those of you who have come to your senses and accepted what wasn’t meant to be, listen up. Look to the following reasons as a reminder of why your return to the single life is the best-case scenario.

Remember when you had priorities? My guess, probably not. Do you recall when your former love mistake was concern Número Uno? You’d blow off bar hopping with friends just to lay in bed and watch old episodes of Breaking Bad and Gossip Girl. You didn’t care. As long as you were huddled closely under that familiar sex-stained blanket, all was well with the world. Stop right there, and take a step back. Did you ever consider for a moment and think “Hey, is anything in this relationship ever on my terms?” Now you’re thinking! Kiss the one sided BS good-bye. You’ll never have to pass up on friends for that not so special someone who refused to do the same for you.

How often did your ex tow the boundaries of trust in your relationship? I mean, was it really so much for them to check in once an hour (or at all) while out getting wasted with their friends? All you wanted was the peace of mind and closure that they were thinking of you. NEWS FLASH, they weren’t. This of course drove you to madness (probably still does). As a consequence for their inconsideration for you, you bordered the thin lines of insanity, aggressively spying and stalking their Facebook’s, Twitter and Instagram for that questionable update that they were acting unfaithful. Instead of communicating your concerns of feeling irrelevant, you offered silence in fear of being perceived as possessive, overbearing, and suspicious of their intentions. Again, now you are free of those dreaded shackles of shame and suffering, and can explore new, hopeful, fun-filled horizons.

Like many college students your age, you have the potential to become the best version of yourself. Now single, you can officially take your formative years by the reigns, and flourish as you work towards future opportunities and lucrative ventures. Never again will you be held back by some leach that survives by sucking the life out of your bank account, and your valuable time. Besides, its not like your Ex appreciated those hard earned, expensive gifts you slaved over. Before you start shelling out cash for a short-term future – that’ll inevitably end in heartache – take an interest in yourself. The time has come to live life on your terms. So go ahead and accept that unpaid internship, or lousy seminar course across the country. In the grand scheme of things, you’ll be thankful you did.

How often did you go above and beyond the call of duty to make your Ex feel valued? For instance, how about all those ridiculous, routine morning texts: “Morning babe, hope you have a great day. I love you!” That shit was instinctive, and totally unhealthy. Seriously, they became the first priority on your mind when you woke up, and your last concern before you went to bed. Look where that landed you. Lesson learned. Because you were so willing to put a selfish piece of shit first, you became ignorant of your own needs. Did you ever take a moment to contemplate the risk to reward benefit of over-compensating? Regardless, never downgrade for someone who only serves to limit your personal and professional achievement.

If you can take anything from your failed relationship, it’s the value of experience. Understand that your Ex is stuck in their ways. They’ll never change. Stop trying to fix them because they’ll only bring you down and fuck you over. Again. Take hold of your 20s and learn that living life on your terms should remain at the forefront of your priorities forever.

Hopefully one day soon you’ll come to see your past with insignificant individuals as just tiny pixels in the true masterpiece that is your life. Ultimately, that is what being human is all about folks. Take care.

Why It’s Better To Be Authentic Than To Be Liked