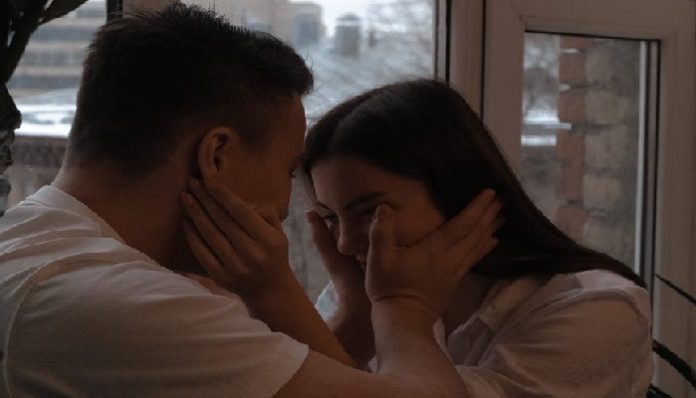 When it comes to failed relationships, I’m pretty much an expert. I’m one of those tragic girls who gives amazing advice but can’t ever seem to follow her own. After my last relationship, I made a promise to myself that I would never again let a boy define my happiness or allow a boy to change me again.

At the end of the day, it isn’t worth it. And if you’re with someone who thinks it’s acceptable to change who you are, well then he or she probably didn’t love you for you to begin with, did they? I’ve done some reflection and compiled a list of signs I should have noticed as I changed who I was to make a boy happy.

1. I Stopped Doing Things I Enjoyed

I knew I was changing during a relationship when things that I used to do for myself no longer gave me the same satisfaction. For me personally, it was writing. I have always blogged and kept a journal. When I was in my last relationship, I didn’t do either of those things. Looking back now, I think I didn’t have anything good to write about. Things that used to bring me happiness didn’t anymore. If I wrote down the truth that was buried inside of me, I would have had to acknowledge that something didn’t feel right in my relationship, so I just gave up that part of me.

2. My Friends & Family Noticed It

I can’t tell you how many times my family and friends told me how much I was changing while I dated him. But like I said, it’s so easy to see it within yourself looking back…and so hard to see it when it’s right in front of you. I became self-conscious, jealous, suspicious and short-tempered. All I cared about was spending time with him and did not have my priorities in line My friends and family tried to point these things out to me, but a girl in a relationship doesn’t want to hear bad things about herself or her relationship. Take it from me though, if your friends and family have started to hound you about your relationship, listen.

3. I Constantly Felt Like I Was In The Wrong

Another sign that I was changing, I became some so submissive that I didn’t even recognize myself. I was always the first one to apologize after a fight even if wasn’t my fault. Even if I knew he was wrong, I twisted it around in my head until I was convinced I was the one who had screwed up, because I would didn’t want to fight with him. I would have rather have taken the blame than risk losing us forever. Looking back now, I was settling for what I thought I deserved. I realize now that I was just dating someone who was self-righteous and unable to take responsibility for anything in his life. It wasn’t all my fault, but I acted like it, and because I accepted the bullshit he got used to giving it.

4. I Stopped Asking For My Friends’ Advice

When we first started dating, I went to my best friends for advice all the time. Eventually though, I stopped asking for advice or their opinions and instead justified the flaws of my relationship by saying “well our relationships are just different.” Deep down I knew that the issues I was having in my relationship weren’t normal and certainly weren’t fair to me, but I didn’t want to hear it from anyone so I stopped asking. It’s easy to shrug things off and justify it by saying someone else doesn’t understand what’s going on in your relationship, and while they might not know every little detail, they do know you.

I have always been someone who believes in red flags. Don’t listen to what people tell you, watch what they do, kind of mentality. Yet, I totally ignored all the red flags that would have normally turned me off him. I ignored that after we fought he would literally ignore me for days. I let it go that he favorited about 50 selfies a day of girls who were not me. I accepted that he never wanted to talk to me on the phone and that he prioritized everyone else in his life above me. The strong person I used to be would have told him to go to hell the SECOND he showed me one of these signs but instead, I let it go on. It’s ultimately my fault because I let him believe that all of it was acceptable. I let myself believe it was acceptable.

6. I Lowered My Expectations To Fit His Abilities

To understand my point, you need to know that I’m not a fan of roses. However, I adore hydrangeas and in every single situation would rather someone get me a bouquet of those. But my ex always bought me roses even though he knew I wasn’t a fan. Right now you’re probably rolling your eyes at me for being so superficial and unappreciative right? I totally get it, but what you need to know is that it isn’t really about the type of flowers he was buying me. It’s that he knew I loved hydrangeas and didn’t like roses yet he continued buying me roses. He was only doing it because he thought it fulfilled his role as boyfriend. He wasn’t doing it for me, he was doing because of the ancient tale that roses make girls happy. I lowered my expectations and desires because I knew I would never get the hydrangeas. I settled for the roses.

The bottom line is that you should never, ever let a relationship turn you into someone you’re not. Don’t compromise your own life and happiness to make a relationship work. If you find yourself experiencing any of these situations in your own relationship, take my advice and take a step back. Look at the situation with an unbiased, clear mind and if you can’t do that, go to someone who can. Don’t let it drag on for as long as I did, or you might totally lose yourself in the mess.

It took me a while to find the girl who once existed under all the bullshit I allowed to be piled on top of her and no one deserves to go through that. When you do find someone worthy of your love, you’ll know, and you certainly won’t have to change yourself to make that love work.

Why I Don’t Want The Big Wedding I Used To Dream...

Fellow White People, We Need To Be Stronger Allies To The...